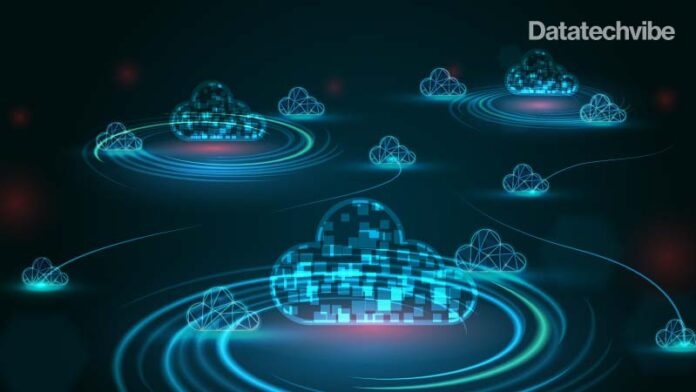 The argument that acts as a deterrent to cloud adoption is that it is prone to failure. But the cloud industry offers solutions to address the concerns, allowing organisations to fly cloud-ward, giving the freedom to use the best possible cloud for each workload.

The multi-cloud architecture allows organisations to distribute workloads across multiple cloud environments, while mitigating risks associated with individual cloud environments.
No doubt, this value proposition has led to growth and adoption of multi-cloud infrastructure solutions. According to Gartner, 81 per cent of organisations are working with two or more public cloud providers.

Google Cloud has been building out its enterprise proposition with the introduction of hardware and software offerings for those that have workloads and applications that are not ready to move to the public cloud for latency or regulatory reasons.

In October, at Google Cloud Next ’21, it announced Google Distributed Cloud, a portfolio of solutions that allow enterprises to run its cloud services within their own data centres and edge environments.

For the past few years, the tech giant has been meeting the needs of enterprises providing flexibility through projects like Kubernetes and TensorFlow.

The setup allows enterprises to access Google Cloud’s infrastructure services from multiple edge locations, including those provided by the firm’s telco partners, known as the operator edge. Or those hosted in remote locations, such as retail stores or branch offices, by its customers.

“The operator edge is optimised to support low-latency use cases, running edge applications with stringent latency and bandwidth requirements,” the company said in a post.

Depending on organisation’s needs, enterprises can run Google Distributed Cloud across multiple locations, including:

This is a fully managed product that is designed to bring the firm’s cloud infrastructure closer to the user, the company said.

Also being released under preview during the first half of 2022 will be Google Distributed Cloud Hosted, which is intended for use by public and private sector organisations that have strict data protection requirements that mean their workloads must remain on-premise.

“[This] provides [enterprises] with a safe and secure way to modernise an on-premises deployment, regardless of whether you can do it yourself or choose to host through a designated, trusted partner,” said Google.

In support of the launch of Google Distributed Cloud Hosted, the company has also struck up regional partnerships with T-Systems in Germany and OVHCloud in France that will see both firms work with Google to create sovereign cloud environments for their clients.

The Google Distributed Cloud will be underpinned by the company’s open-source multi-cloud management platform, Anthos, which was announced with great fanfare at the Google Cloud Next in 2019 as a means of enabling enterprises to run containerised applications in the Microsoft and Amazon clouds, as well as on-premise environments, with minimal modifications.

To this end, the company is pitching Google Distributed Cloud as the cornerstone of its “open infrastructure” strategy, which is geared towards rolling out products and services that are tailored to address its customers’ needs at every point of their digital transformation journey.

Google Cloud is growing and innovating at a breathtaking pace. At the Google Cloud Next 2021, Thomas Kurian, CEO at Google Cloud, emphasised ways in which his company is differentiating itself from Microsoft and AWS.

Kurian claimed that Google Cloud is the “first and only cloud vendor” with a clear multi-cloud strategy and capabilities, and the company’s Anthos solution stands alone as a comprehensive approach to an outcome that every business in the world wants to achieve —  multi-cloud environments.

Kurian described the enhancements to the Workspace collaborative tools — 5,300 public apps have been written to work with Google Cloud Workspace. Given the company’s ability to create multiple solutions, it serves as an endorsement for how Workspace is being positioned as an important platform that will turn into a massive force-multiplier.

Leveraging the power of its massive installed base of consumer apps, tools, and solutions, Google Cloud is looking to exploit that unique capability by helping its customers connect their digital environments to a wider net of consumer experiences and opportunities.

It announced more than 20 new and expanded partnerships with technology leaders. For example, to help organisations make better decisions with real-time data, it is partnering with Collibra, Databricks, Fivetran, Informatica, Tableau, and Trifacta. To help address the rising security challenges, it is collaborating with cybersecurity experts CrowdStrike, Palo Alto Networks and Cybereason.

The firm’s open infrastructure push is also concerned with helping enterprises ready their legacy workloads and applications for the cloud, as Kurian talked about the momentum it is seeing with migrating VMware and SAP workloads to the Google Cloud.

“We continue to add many substantial partnerships that help us reach more customers. For example, we teamed with global telecommunications leaders such as Nokia, AT&T, T-Systems, and Ericsson to deliver 5G and edge computing solutions. We recently announced partnerships with companies like C3 AI and Workday, and we have continued to expand our work with SAP — in just the last year, we’ve added three times the number of SAP customers as the year prior.”