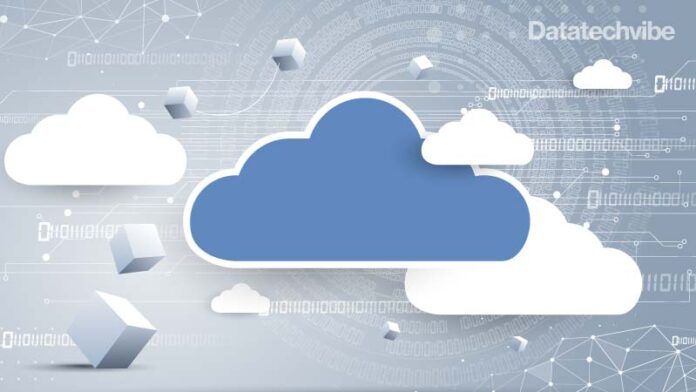 Blockchain’s numerous characteristics, such as decentralisation, transparency, and security, have made it a compelling and innovative technology for industrial applications.

Blockchain, which started out focusing on Bitcoin, has established itself as one of the leading cryptocurrency software, supporting more than 38 million accounts in 140 countries worldwide. Blockchain also has a vast potential to improve cloud solutions because of its unique qualities; the blockchain system enhances functionality or performance. Its decentralised system can assist in creating architecture in which multiple computers can work simultaneously on a single task, such as data storage or processing, reducing the overall time of the operation and increasing the speed of processing and uploading data.

A fundamental issue in cloud computing is a reliance on a centralised server for data management and decision-making. Problems emerge, such as the failure of the central server, which can disrupt the entire system and result in the loss of crucial data kept on the central server. In addition, the central server is vulnerable to hacker attacks.

The logistics business faces a significant issue in keeping track of all vehicles in its network, their present positions, the length of time a vehicle was at a site and establishing communication between many vehicles. Software products, like package tracking services, have challenges due to their architecture’s centralised approach. For monitoring these goods and services, blockchain has a lot of potential.

The cloud can assist in replicating blockchain data over a network of computer systems that are reliably joined through collaborative clouds. This will reduce the possibility of a single-point-of-failure due to the disruption of any cloud node, allowing for uninterrupted services.

The volume of transactions in blockchain networks can be enormous in large-scale blockchain applications. As a result, having full data processing services is critical for allowing scalable blockchain services with high transaction execution. The cloud can provide on-demand computing power for blockchain activities in this industry. Because of its scaling abilities, combining cloud computing and blockchain technology can result in a highly scalable integrated solution.

How is Google securing user financial data through blockchain?

Leading cryptocurrency software company Blockchain achieved savings of 30 per cent by replacing its database layer with Google Cloud Spanner as it moves to managed services on Google Cloud. With millions of users across the globe relying on blockchain for information about and access to their funds, it’s no surprise that one of its core values is Sanctify Security.

“Security is our top priority,” says Lewis Tuff, Blockchain’s head of platform engineering. “To help safeguard data, infrastructure, and services from external threats, Google Cloud goes above and beyond.” GCP makes it simple to master the fundamentals of security. Blockchain may use Cloud Identity Access Management (Cloud IAM) and the VPC firewall to restrict access to resources and establish a defence in depth in our environment using the least privilege concept. We can be alerted to any unusual activities in real-time by utilising Stackdriver’s logging and monitoring capabilities.”

“Cloud IAP would assist so many enterprises,” Tuff says. “Using G Suite accounts to authenticate and activate applications is extremely simple. This is important to us because we have a lot of internal and back-office apps that can now be handled using granular, role-based access privileges.”

Today, 85 per cent of firms use numerous clouds to suit their IT requirements, with 71 per cent utilising three or more. Furthermore, organisations want open cloud technologies that allow them to transfer apps and data across numerous clouds securely. This emerging demand to manage business applications such as blockchain in the cloud across multiple cloud environments was a key component of IBM’s recent announcement of its intent to acquire Red Hat. IBM Services team has helped define this new offering after more than that 500 successful client engagements. The IBM Services team continues to meet the need for bringing together diverse corporate networks and network environments for customer benefit.

IBM has launched the IBM Blockchain Platform “anywhere” approach to help clients accelerate blockchain-based solutions, whether on the IBM Cloud, another chosen cloud environment such as AWS, or locally utilising on-premises data centres. The IBM Blockchain Platform is intended to make business blockchain applications more efficient. It’s based on Hyperledger Fabric, a Linux Foundation open-source blockchain architecture that offers an end-to-end solution for business blockchain network creation, governance, and management. The criteria for this solution were developed based on feedback from more than 500 IBM Blockchain Services client engagements.

The IBM Blockchain Platform for AWS is designed to allow clients to deploy distributed peers (ledgers) on the AWS Cloud that process transactions using an existing network’s connection profile, Hyperledger Fabric certificate authorities and ordering service. Quick Start templates for setting up and deploying peers on AWS are included in the service.

How is AWS using blockchain in retail and supply chain management?

Retailers frequently seek to improve customer loyalty programmes by collaborating with other retailers, banks, and third parties to provide a broader range of customer rewards that can be redeemed across a comprehensive network of partners. Using a central agency as an intermediary for reward transactions can slow things down, taking 5-7 days on average. A group of merchants may use Amazon Managed Blockchain to create a blockchain network that allows them to communicate and authenticate rewards information quickly and transparently, without requiring a central authority to conduct rewards transactions between shops.

Small enterprises frequently rely on dispersed supply chain networks, in which no single organisation is in charge of the end-to-end transportation of items. Jewellery businesses, for example, must often trace the provenance of gemstones to assure their authenticity and worth. Such organisations may swiftly adopt a blockchain across their supply chain network using Amazon Managed Blockchain, resulting in better transparency and real-time recording and monitoring of items from one party to another.

Each supplier or distributor may join the blockchain network, create their own distributed ledger, and track all information linked to the movement of commodities autonomously, including timestamps, ports of entry, and the number of items received. All parties may trust the natural origin and touchpoints of the items without depending on a central authority since each member maintains an independent copy of the distributed ledger.