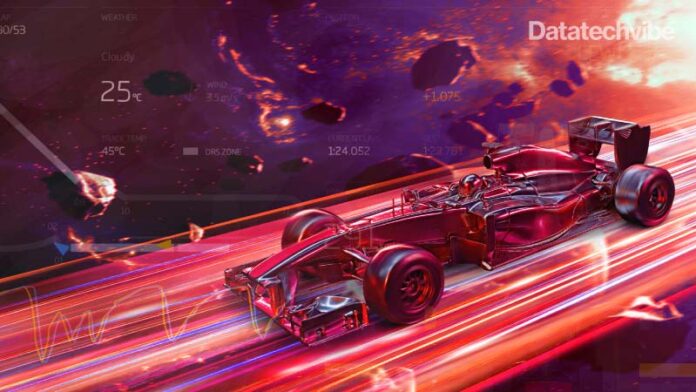 Finding a long-lasting method for success on the racetrack requires getting hundreds of intricate variables right. No wonder data science is improving pole positions

In racing, even the most subtle improvements made to the car and across the entire race team can aid performance, leading to a team’s victory. So what’s the secret recipe to winning a race? It’s simple yet effective; go faster than everybody else. But finding a long-lasting method for success on the racetrack requires getting hundreds of intricate variables right. It’s no wonder then F1 teams are turning to big data analytics for help. F1 car teams partner with technology companies to leverage disruptive trends in machine learning, data analytics, edge computing, and data science. Automotive giants like Mercedes, Honda, McLaren, and Ferrari rely on data analytics to power their racing cars, with technical representatives working closely with drivers to provide a seamless driving experience.  With the rise in extensive data collection, computing is getting a better value.

As the entire game is about speed, the teams have moved to big data analytics to improve performance. Pre-race simulations, real-time decision-making through insights from analysts and pit crew, and post-race analysis are all connected through real-time data streams. Several sensors continuously track and transmit data throughout the vehicle and the driver. These data streams provide teams with personalised perspectives that might not be apparent to the naked eye.

The Mercedes AMG F1 W08 EQ Power+ car is loaded with 200 sensors that transmit millions of data points over a race weekend. More than 300GB of data is reportedly transmitted from the vehicle. Team Williams says that it has over a thousand channels of data being collected at any one time during a race. Red Bull’s RB12 car is fitted with around 100 sensors gathering data on 10,000 components. Cloud computing also has a critical role as a significant amount of data is sent in specialised feeds for mechanics and engineers. In contrast, larger data sets are transmitted over secure server streams, where team members present in operation rooms and factories can access and study them.

As each team is only allowed a certain number of people trackside, much of the pre-and post-race analysis is done by a team of data scientists at the team HQ. They parse the data in real-time, combining it with GPS, weather data, and what the competition is up to to provide an analytical overview of each race. This information is then combined, analysed, and a race strategy is developed, insights being relayed to trackside analysts who are in constant contact with the driver. Every detail can be examined to determine what’s next, where issues occur in the car’s trajectory, measuring tyre pressure consistently, weight, track conditions, and numerous other variables are collected in a data reservoir for analysts to surf through and determine what went wrong, or right. These brand alignments are becoming ever more present – McLaren with Cognizant or Red Bull with IBM.

Vehicles can be re-engineered using the enormous amount of data gathered throughout a race. After a race, the collected data is used to enhance the car’s systems for simulations further, making it ready for the next competitive cycle. McLaren reports that by doing so, it has achieved more in a single day than it potentially could in a week of on-track tests. Data is also extensively used in development and testing through computational fluid dynamics (CFD) to simulate airflow and its interaction with surfaces or driver “in-loop” simulators that model actual car behaviour based on previously collected data.

F1 groups are now partnering more with associations that provide resources for utilising superior execution processing, AI and edge, adding to the advantage. Mercedes has emphasised the significance of information-driven examination through its association with HPE. HPE assists Mercedes with “edge” by utilising superior execution registering, assessment, and sensor innovations to process a vast number of items and analyse race situations, aiding in everything from ideal pitstop times to tire choice, fostering an essential requirement for Mercedes and its drivers.

The F1 data revolution has also proved to be a boon for broadcasters, as viewers can see information on pit stop times, sector times, DRS charge, and heat maps and be privy to some streams of live data sent to teams giving them an insight into the race. Big data drives significant decisions in F1. It utilises the reach and application of data analytics as it grows in the broader world, with cloud computing, predictive analytics and prescriptive intelligence playing more significant roles in the sport’s future.