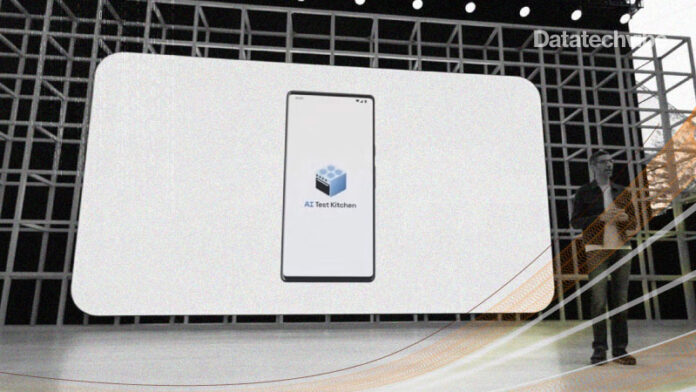 Google has launched its AI Test Kitchen app for experimenting with the LaMDA 2 conversational AI model announced at Google I/O this year.

LaMDA 2 (Language Model for Dialog Applications) is the latest version of the model introduced in 2021 following lots of feedback from users, and the AI Test Kitchen will continue Google’s gathering of data from users as it continues to refine the model.

The idea behind LaMDA 2 is to create an AI model comfortable with more open-ended conversations and unpredictable tangents in the way normal human conversations operate. The model grew out of Meena, a chatbot that Google called the most advanced ever when it came out in 2020. LaMDA 2 is trained on dialogue and taught to detect relationships between words, sentences, and longer passages to understand the context of the conversation better and respond concerning the whole conversation, not just the last thing the user said.

The AI Test Kitchen offers three different ways for users to play with LaMDA 2. ‘Talk About It’ lets users try to talk to the AI about a topic, and the AI won’t get distracted by other topics. Right now, the focus is limited to dogs, however. The ‘List It’ tool uses LaMDA to break down any goal or objective into a series of tasks that will help reach that goal, with the example of starting a garden generating a half dozen suggestions for a list, including picking a style, planting seeds, watering, and getting rid of pests. The final test area is called ‘Imagine It’ and lets users ask the AI to get creative in describing a concept shared by the user, a kind of short scene useful as a creative writing prompt.

“Similar to a real test kitchen, AI Test Kitchen will serve a rotating set of experimental demos. These aren’t finished products, but they’re designed to give you a taste of what’s becoming possible with AI in a responsible way. Our first set of demos explore the capabilities of our latest version of LaMDA, which has undergone key safety improvements,” Google explained in a blog post. “As you try each demo, you’ll see LaMDA’s ability to generate creative responses on the fly. This is one of the model’s strengths, but it can also pose challenges since some responses can be inaccurate or inappropriate. We’ve been testing LaMDA internally over the last year, which has produced significant quality improvements. More recently, we’ve run dedicated rounds of adversarial testing to find additional flaws in the model.”