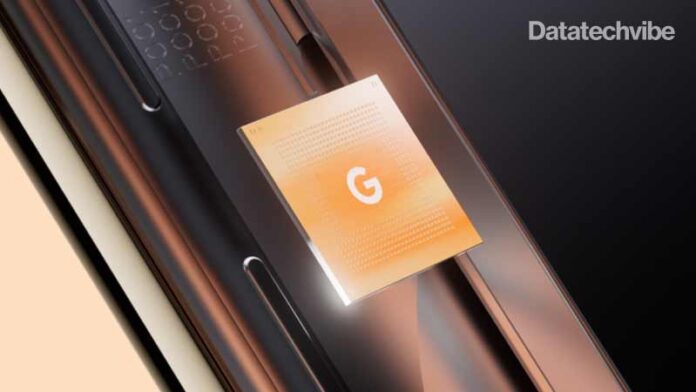 Google announced it will build its own smartphone processor, called Google Tensor, that will power its new Pixel 6 and Pixel 6 Pro phones this autumn.

It’s another example of a company building its own chips to create what it felt wasn’t possible with those already on the market. In this case, Google is ditching Qualcomm. The move follows Apple, which is using its own processors in its new computers instead of Intel chips. And like Apple, Google is using an Arm-based architecture. Arm processors are lower power and are used across the industry for mobile devices, from phones to tablets and laptops.

The name Google Tensor is a nod to the name of Google’s Tensor Processing Unit the company uses for cloud computing. It’s a full system on a chip, or SoC, that the company says will offer big improvements to photo and video processing on phones, along with features like voice-to-speech and translation. And it includes a dedicated processor that runs artificial intelligence applications, in addition to a CPU, GPU and image signal processor. It will allow the phone to process more information on the device instead of having to send data to the cloud.

Here’s a list of innovations Google has made, of late, in artificial intelligence and machine learning.

LaMDA from Google: The Language Model for Dialogue Application from Google is built on Transformer, a neural network architecture open-sourced by Google Research in 2017, which is similar to many current language models such as BERT and GPT-3. Right now, it’s trained on text but can have future applications in Conversational AI, Google Maps etc.

AI in Google Maps: Two new AI features in Google maps, including Eco-Friendly routes to suggest fuel-efficient routes to the users and Safer Routing for real-time weather and traffic conditions.

Vertex AI: It is a managed ML platform for deploying and maintaining AI models. The platform allows users to design, deploy, and scale machine learning models more quickly using pre-trained and custom tooling within a unified AI platform. Moreover, it integrates easily with other open source frameworks, including TensorFlow, sci-kit learn and PyTorch.

Little Patterns: The tech giant introduced a new feature in Google Photos that employs machine learning to translate photos into numbers, which it then compares for visual and conceptual similarity.

MUM: Multitask Unified Model is the new AI algorithm built on a Transformer architecture and is trained across 75 different languages. MUM has the ability to understand information across text and images that can expand to audio and video in the future.