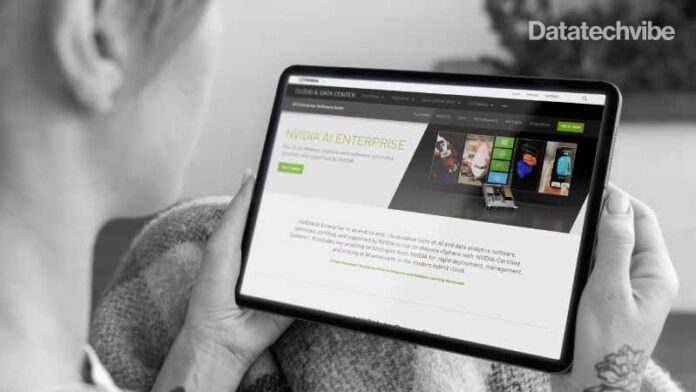 Nvidia announced the availability of Nvidia AI Enterprise, a comprehensive software suite of AI tools and frameworks that enables the hundreds of thousands of companies running VMware vSphere to virtualize AI workloads on Nvidia-Certified Systems.

“The first wave of AI has been powered by specialised infrastructure that focused adoption on industry pioneers,” said Manuvir Das, head of Enterprise Computing at Nvidia. “Today is the beginning of a new chapter in the age of AI, as Nvidia software brings its transformative power within reach for enterprises around the world that run their workloads on VMware with mainstream data center servers.”

“Partnering closely with Nvidia, we’re deepening our product integrations by enabling the Domino Enterprise MLOps Platform to run with a broader range of NVIDIA GPUs and validating it for Nvidia AI Enterprise,” said Nick Elprin, CEO and co-founder of Domino Data Lab. “This new offering will help hundreds of thousands of enterprises accelerate data science at scale.”