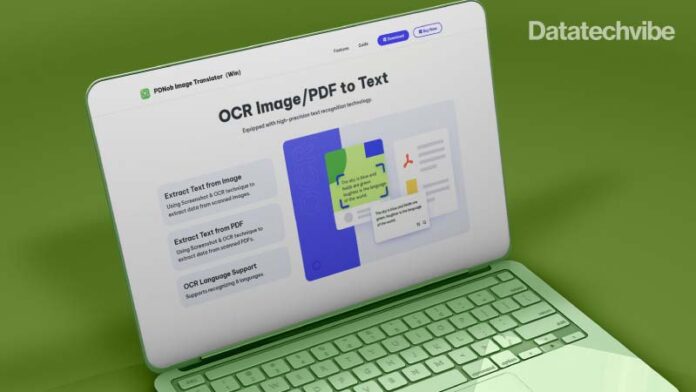 PDNob launched the image translator designed to turn images into editable texts rapidly. In cases where people might want to use the OCR function to extract text from a screenshot, a scanned PDF or others, the best way is to download the PDNob OCR scanner on PCs.

The PDNob Image Translator uses sophisticated OCR technology to capture text. The process is done in such a way that is instantaneous and rapid, producing high-quality texts. With the Optical Character Recognition (OCR) software, users can extract text from images or others in just a few seconds. It is used for easing heavy work processes, providing users with the most effective way to avoid losing or misfiling documents.

The free OCR software also allows users to create their keyboard shortcuts, capturing texts quickly and accessing other specific functions. Besides the fact that users can extract texts from images, PDNob Image Translator also allows them to extract words from PDFs at a rapid rate.

The software can be directly installed from the web and added as a built-in editing tool on Windows 7-10 and MacOS 12 and newer for optimum performance. Once installed, it can be used to analyse scanned page images and compare text characters, making them editable and replicable.