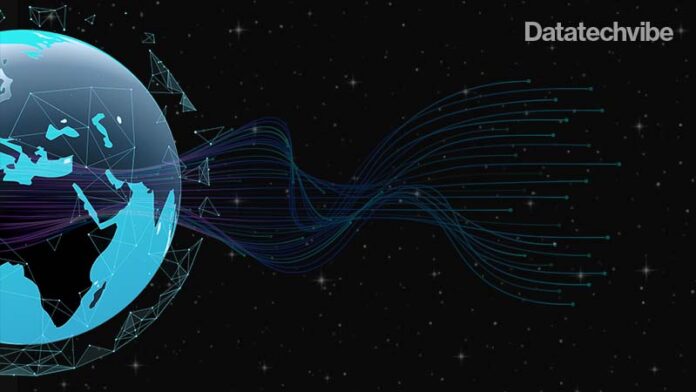 SpaceChain announced the successful launch mission of its blockchain-enabled payload, integrated with the space node created for Velas Network AG, into space onboard a SpaceX Falcon 9 rocket.

The payload was installed onto a satellite designed and manufactured by Spire Global, managing the launch mission. The mission marks SpaceChain’s sixth blockchain payload launch into space and the successful integration of Velas, the world’s fastest Ethereum Virtual Machine (EVM) blockchain and open-source platform for decentralised applications, with its payload.

Velas will leverage the enhanced security and immutability of space-grade infrastructure designed and deployed by SpaceChain for advancing its decentralised projects and applications. Once tested and activated, the space node will enable Velas to develop further and deploy its blockchain platform, which aims to be one of the industry’s most secure and fastest platforms.

“Blockchain platforms and next-generation fintech applications require a decentralised infrastructure to fulfil their fullest potential. We are thrilled to be working in partnership with Spire to help propel Velas into space and uncover new opportunities in the New Space Economy,” said Zee Zheng, SpaceChain co-founder and CEO. “Today’s milestone is testament to the increasing adoption of space-as-a-service as a platform for innovation among modern businesses and those looking to be at the forefront of what the commercial space age has to offer.”

The space node created for Velas will also enable highly secure on-orbit services for Ethereum transactions sent and received from the ground and the minting of an ERC-721 standard non-fungible token (NFT).

“The new epoch in the development of blockchain technology is right upon us, with the space economy opening up new horizons for both the technology and its users,” said Farkhad Shagulyamov, co-founder and CEO of Velas. “Velas is one of the first blockchain networks to engage into this space race and aims to put its payload on the International Space Station (ISS) ultimately. Having a node on the ISS is challenging as NASA goes through a rigorous evaluation and approval process. We are confident that both Velas and SpaceChain possess the required technical expertise and resources to achieve this vision.”

Today’s mission was made possible by integrating industry-leading technologies and capabilities through the partnership between SpaceChain and Spire Global, which was first announced in September 2021. Spire is utilising its space-based AI-embedded supercomputing module “SABERTOOTH” to complement SpaceChain’s decentralised satellite network (DSI) to help Velas sharpen its competitive edge and overcome land-based centralised infrastructure challenges.

“SpaceChain’s unparalleled expertise in deploying space-grade infrastructure for the blockchain industry helps skyrocket our business to new frontiers,” said Dragoș Dumitrascu, head of global partnerships at Velas. “Similarly, SpaceChain will stand to benefit immensely from one of the fastest blockchain technologies ever developed in advancing its decentralised architecture and community-based space platform.”