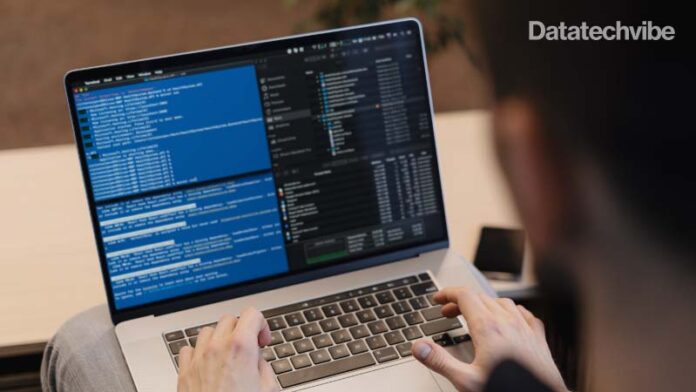 Following the launch of the National Program for Coders earlier this year, experts explain why coding – and an emphasis on early-stage STEM learning – will play a key role in the country’s long-term diversification effort

As a skill, coding has never been in higher demand. The world has undergone seismic economic and societal changes, and the pandemic has made it clear that the development of a digital economy is crucial for countries as a means to not only recover but to thrive.

Earlier this year, His Highness Sheikh Mohammed bin Rashid Al Maktoum, Vice President and Prime Minister of the UAE and Ruler of Dubai, launched an ambitious new programme that aims to train and attract 100,000 coders and establish 1,000 digital companies in the country.

Operating under the supervision of the UAE Artificial Intelligence Office, the National Programme for Coders is being held in collaboration with tech giants such as Google, Microsoft, Amazon, Cisco, IBM, HPE, LinkedIn, Nvidia and Facebook.

As a leading hub for talent development, Dubai Knowledge Park (DKP) is well-positioned to play a key role in achieving the aims of the programme.

“Expanding the talent pool of skilled programmers is critical for advancing the UAE’s vision for growth and future goals, especially as digital transformation efforts continue to accelerate. Coding and programming proficiency is a catalyst for innovation and creativity.

With more than 15 learning centres that teach coding skills to a range of age groups – from children as young as seven – DKP continues to play a key role in building a pipeline of talent capable of meeting the demands of the future digital economy,” said Mohammed Abdullah, Managing Director of DKP.

The programmes offered by learning centres in DKP range from three months all the way to two years in duration, and suit everyone from school children learning the building blocks of technology to college students seeking to add in-demand skills to their CVs to professionals seeking to expand their career options.

At Premier Genie, which started operations at DKP in 2014 and has since expanded across the emirate and worldwide to work with students both in class and after school, children as young as grade-one level can begin learning the fundamentals of block-based programming tools such as Scratch and App Inventor, to Grade 10-12 who focus on advanced level programming languages such as Python, data science, Java and artificial intelligence/machine learning.

Maloy Burman, CEO of Premier Genie, said, “For these children, the chance to work hands-on with these tools from an early age is extremely beneficial for their future, because these students are in their formative years. By the time they reach grade 3 or 4, they will already begin to have an idea of whether they have the passion to continue their learning journey – and eventually start their career – in technology.

“The ability to give that exposure at an early stage to a large population of children plays an instrumental role in developing a rich pool of STEM talent for an economy in the long term.”

Also Read: When Robots Smile Back

Orancie Blanc, Marketing & Events Manager at Le Wagon, a French coding school that opened its doors in DKP in September 2020, said, “There will be more and more jobs that will be created related to tech – including new roles that don’t even exist yet – and there will also be a need for technology skills in current jobs for people who aren’t working in the technology sector.

“We believe at Le Wagon that every school should have programming in its curriculum. It’s related to a number of skills: Problem solving and logic, which can be used in other subjects; communication, because you need to be able to explain your ideas and this skill can be used in the context of any team-based business; and there’s creativity – when you code, you need to be able to ideate different solutions towards solving a problem.”

Burman said, “We have opened up options for students from grade 6 to 8 to tackle higher-level mathematics, science and coding challenges that normally students from grade 10 -12 get involved in. It’s quite normal in the Western world, especially the US and UK, where they don’t bind students by whatever grade they’re in.”

Blanc said, “By actually training a pool of talents here, we will slow down the outsourcing that is happening now. That will fuel economic activity here, and help the UAE achieve its long-term economic goals.”

Burman can already see the progress happening here. “Tech companies started in Dubai have been expanding abroad in recent years, while also attracting large-scale investments from VCs” he said, citing Talabat and Careem as examples.

For Blanc, DKP was an easy choice for Le Wagon when the French firm was scoping out locations to launch its Dubai operation. “The first thing is the ecosystem – we have all the big tech companies in the area, including Google. We also have in5, the start-up incubator. It’s also important to have a hub where all the coding-related companies are nearby.