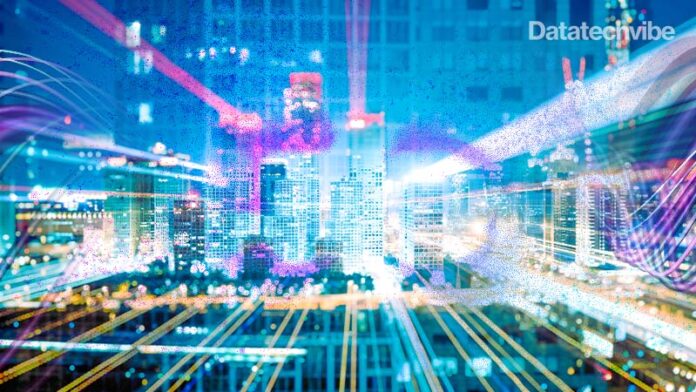 5G, cloud and remote work are driving digital resiliency, competitiveness in the Middle East, according to an A10 Networks report

A recently published global research by A10 Networks reveals the challenges and priorities of enterprise organisations in today’s post-pandemic era and how this is shaping future technology requirements.

Of the 250 enterprise organisations surveyed in the Middle East (Saudi and UAE), nearly all (92 per cent) showed high concern around all aspects of enterprise digital resilience. Overall levels of concern were highest around responding to external change, delivering superior customer experiences and adjusting to agile practices around DevOps. Still, organisations were highly concerned about delivering a superior user experience.

Private Cloud is the Preferred Environment

When asked about the expected split of their future network environment, 75 per cent of Middle East enterprise organisations said it would be cloud-based, with private cloud being their preferred environment. However, they are not reassured by the security provided by cloud service providers, with nearly half (47 per cent) saying that they are failing to meet their SLAs.

Undoubtedly, the escalating threat landscape is causing a broad spread of concerns from Middle East respondents. The biggest cyberthreat concern for regional organisations is a tie between investigations and lawsuits should they suffer a data breach due to a cyber attack and ransomware.

About 36 per cent of Middle East enterprise organisations respondents say all or most employees will work in enterprise offices over the long term. This is vastly lower than the global figure of 62 per cent. This may reflect differing levels of access to technology in the home as well as the suitability of the home environment.

Interestingly, when asked about the most critical technology for business resilience in the year ahead, 5G scored highest for Middle East respondents, followed by IoT devices to help business functions and metaverse-related technologies.

The Middle East is the only region where 5G technology has been the most popular implementation (34 per cent). Globally it sits at 8th position with Artificial Intelligence and Machine Learning being the top technology implementations. Uptake of Metaverse technologies and IoT devices have undoubtedly come of age, with 26 per cent of Middle East enterprise organisations saying they have deployed both these technologies in the last 12 months. Additionally, 23 per cent say they have deployed DevOps/SecOps and Artificial Intelligence (AI)/Machine Learning (ML) technologies.

“The world has changed irrevocably, and the pace of digital transformation has accelerated beyond expectations. But as we move beyond crisis mode, organisations are now laser-focused on digital resilience, moving to the cloud and how they can shore up their defences. There is a need to support employees to work where they are most comfortable. It’s a good sign that we see organisations in the Middle East pivot to deploying 5G, IoT and Metaverse technologies. With the escalating threat landscape, post-pandemic fallout, and the current Russia-Ukraine conflict, not to mention rising energy prices and inflation, there is a lot for enterprise organisations to consider. To address these issues, companies must continue to invest in modern technologies that enable automation and protection that strike a balance between defence and agility for an increasingly multifaceted infrastructure,” said Amr Alashaal, Regional Vice President – Middle East, A10 Networks.

According to the report, the adoption of cybersecurity initiatives will likely become higher, including Zero Trust models. With more widespread implementation expected, Middle East enterprise organisations become educated about the benefits. It is clear from the study that there is unlikely to be any relief from the pressure on Middle East businesses in the coming years.

The research was conducted to understand large enterprise organisations’ challenges, concerns and perspectives as they continue adapting their IT strategy and infrastructure to the rigours of digital transformation and a hybrid work environment.