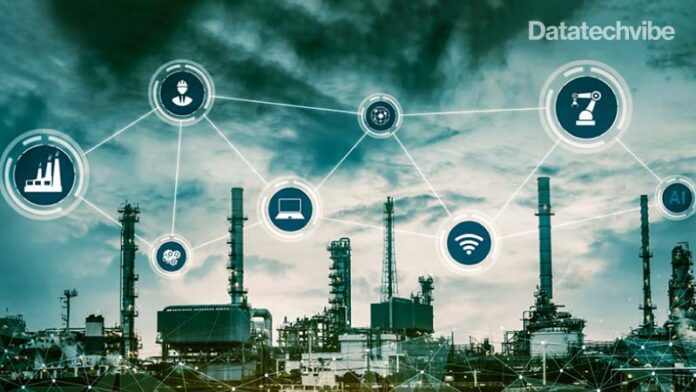 IoT has evolved from cutting-edge technology to a fairly common one. It makes our lives easier with minimum contact with machines. Unimaginable almost a decade ago, but today we have driverless cars. The number of devices powered by IoT has seen a steep rise. Though a boon, IoT comes with its share of vulnerabilities.

Security is important. As organisations bolster their security, it creates walls or silos restricting the free flow of data. There are many reasons for making these walls – Regulations, privacy laws, economic protectionism, regulatory divergence etc. This ‘walling’ creates a barrier to a more connected online world. IoT devices undoubtedly provide consumers with a fantastic experience, but security issues have always overshadowed IoT.

Cloud service providers are easy targets for ransomware. Attackers target flaws in the system to cripple hundreds of thousands of businesses, leaving them open to ransomware-like threats. AI could be leveraged to create malware.

AI is a double-edged sword that can be used as a security solution or weapon by hackers. AI entails developing programs and systems capable of exhibiting traits associated with human behaviours. The characteristics include the ability to adapt to a particular environment or to respond to a situation intelligently. Reversing this can allow unscrupulous elements to use the same technology to target and bring down enterprises.

When malicious codes are left disguised in everyday applications, they can be triggered to execute cyber-attacks. The malware collects information that prevents such attacks and exploits unmitigated vulnerabilities, leading to an increased likelihood of fully compromised targets. Stealth attacks are dangerous since hackers can penetrate and leave a system at will. AI facilitates such attacks, and the technology will only lead to the creation of faster and more intelligent attacks.

Networks and devices are vulnerable due to software exploitation, weak cryptographic usage, authentication failures, and the difficulty in deploying software. IoT devices that have weak security credentials expose the very networks they are installed in. Amid the pandemic, where remote working has become a mainstay, IoT failure can have devastating consequences that affect both home and office networks and users.

Almost every organisation has adopted cloud computing to varying degrees within their business. However, with this adoption of the cloud comes the need to ensure that the organisation’s cloud security strategy can protect against the top threats to cloud security. Cloud infrastructure is designed to be easily usable and enable easy data sharing, making it difficult for organisations to ensure that data is only accessible to authorised parties. Another drawback of using cloud-based infrastructure is not having complete visibility and control over their infrastructure, meaning enterprises need to rely upon security controls provided by their cloud service provider (CSP) to configure and secure their cloud deployments. Another vulnerability with CSPs is a denial of service (DoS) attack where the attacker demands a ransom to stop the attack.

CSPs often provide several application programming interfaces (APIs) and interfaces for their customers. These interfaces are well-documented in an attempt to make them easily usable for a CSP’s customers. If the same information falls into the wrong hands, the infrastructure is left open to hackers.

Given that a large amount of the data that will run the IoT will be stored in the cloud, it is likely that cloud providers will be one of the principal targets in this kind of war. A WEF report suggests that the takedown of a single cloud provider could cause $50 billion to $120 billion worth of economic damage. Similar to a war or natural disaster.

A botnet is a collection of internet-connected devices that an attacker has compromised. Botnets act as a force multiplier for hackers looking to disrupt or break into their targets’ systems. Distributed Destruction of Service (DDoS) attacks employ swarms of poorly-protected consumer devices to attack public infrastructure through massively coordinated misuse of communication channels. Network segmentation and managing traffic flows is one way of keeping safe from botnet attacks. Moving IoT devices to an isolated part of the network too helps.

Lack of understanding of IoT

The speed at which it is growing is visible in how it has seeped into our daily lives. Unfortunately, not everyone is able to keep up with the pace and there is a growing unease about information overload. Also, the cost of upgrading technology frequently is a dampener for few. Digitisation isn’t equivalent to plugging in and playing a smart device and assuming that’s the end of it. The tech associated with IoT is continuously evolving. Limited resources, incompatibility between software and tech that is a little old, and business decisions – that, although well-intentioned to prevent rising expenditure – prevent upgrades are just some of the issues when decision-makers do not have a clear understanding of IoT.

IoT requires sophisticated and well-equipped hardware, software, and data storage infrastructure. IoT adoption usually entails IT system revamp and sufficient investments — something not all CFOs are ready to authorise.