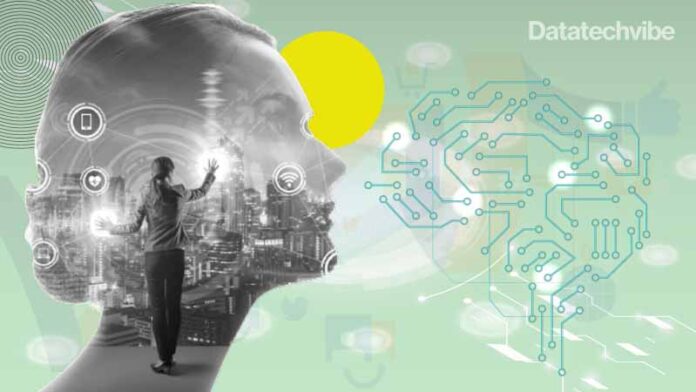 Artificial intelligence (AI) will be the common theme in the top 10 technology trends in the next two to five years, according to the Alibaba Damo Academy report.

The global research arm of Chinese technology major Alibaba Group says innovation will be extended from the physical world to a mixed reality, as more innovation finds its way to industrial applications and digital technology drives a green and sustainable future.

In a top 10 list of tech predictions for 2022 and beyond, the DAMO Academy identified AI applications in renewable energy, robots with “enhanced perceptibility” in pressure, vision and sound, and extended reality (XR) networks as fields of science with great prospects.

The top 10 list was based on a review of 7.7 million scientific papers published over the last three years, an analysis of 85,000 patents and interviews with around 100 scientists, according to DAMO.

According to DAMO – short for Discovery, Adventure, Momentum and Outlook – AI has the potential to revolutionise science research because machine learning can process massive amounts of data and solve complex problems. It expects AI to be broadly applied in the research phase of applied science, and to be used as a production tool in some areas of basic science over the next three years.

The rapid development of new network technologies will fuel the evolution of cloud computing towards a new computing system: cloud-network-device convergence.

In this new system, clouds, networks, and devices have a more clearly defined division of labour. Cloud-network-device convergence is the catalyst that will drive the emergence of new applications to fulfil more demanding tasks, such as high-precision industrial simulation, real-time industrial quality inspection, and mixed reality.

The system will allow clouds, networks and devices to have a more clearly defined division of labour.

Clouds will function as “brains” and will be responsible for centralised computing and global data processing, while networks will serve as the interconnecting “tracks” that join various forms of networks on the cloud to build an ubiquitous, low-latency network.

The advancement of AI is making new scientific paradigms possible. AI will not only accelerate the speed of scientific research but also help discover new scientific laws. In the next three years, Alibaba expects AI to be broadly applied in the research process of applied science and be used as a production tool in some basic sciences.

AI would be a boon to scientists, with Alibaba Damo saying it will replace computers as the primary production tool in scientific discovery, helping to improve efficiency in each phase of the research process – from the formation of initial hypotheses to experimental procedures and the distillation of experimental findings.

The rise of cloud computing and AI will drive the rapid development of silicon photonics technology and demand. The widespread use of the chips is expected in the next three years.

The current challenges, according to Alibaba Damo, are mainly in the supply chain and manufacturing processes since the design, mass production and packaging of silicon photonic chips have not been standardised and scaled up.

The application of AI in renewable energy is pivotal in improving the efficiency and automation of electric power systems, maximising resource usage and stability. It would also be a key factor for achieving carbon neutrality. In the next three years, AI is expected to pave the way for integrating renewable energy sources into the power grid and contribute to the safe, efficient, and reliable operation of the power grid.

Alibaba Damo said the application of AI in the industry is critical and indispensable in capacity prediction, the scheduling of optimisation, performance evaluations, failure detection and risk management, all of which translates into improving the efficiency and automation of electric power systems and maximising resource use and stability.

With the medical field highly dependent on individual expertise involving a lot of trial and error, coupled with varying efficacies from patient to patient, the convergence of AI and precision medicine is expected to boost the integration of expertise and new auxiliary diagnostic technology.

Healthcare professionals can diagnose diseases and make medical decisions as quickly and accurately as possible. In the next three years, Alibaba expects to see people-centric precision medicine become a major trend that will span multiple fields of healthcare, including disease prevention, diagnosis, and treatment.

With more integrated technologies, such as dedicated chips, cryptographic algorithms, whitebox implementation, and data trusts, are emerging, privacy-preserving computation will be adopted in scenarios such as processing massive amounts of data and integrating data from all domains, which is the headway made from processing small amounts of data and data from private domains.

Alibaba Damo said that the next three years will see groundbreaking improvements in the performance and interpretability of privacy-preserving computation, and witness the emergence of data trust entities that provide data sharing services based on the technology.

Research company Gartner says that by 2025, half of the large organisations will introduce privacy-enhancing computation for processing data in untrusted environments.

The development of technologies such as cloud-edge computing, network communications, and digital twins brings extended reality (XR) into “full bloom”.

XR will reshape digital applications and revolutionise the way people interact with technology in scenarios such as entertainment, social networking, office, shopping, education, and healthcare. In the future, a new generation of XR glasses may have an indistinguishable look and feel from ordinary glasses entering the market and serving as a key entry point to the next generation of the Internet.

Alibaba predicts that a new generation of XR glasses that have an indistinguishable look and feel from ordinary glasses will enter the market in the next three years and will serve as a key entry point to the next generation of the Internet.

Unlike conventional robots, perceptive soft robots are flexible and have enhanced perceptibility towards pressure, vision, and sound. These robots take advantage of state-of-the-art technologies such as flexible electronics, pressure adaptive materials, and AI, which allow them to perform highly specialised and complex tasks and deform to adapt to different physical environments.

In the next five years, perceptive soft robotics will replace conventional robots in the manufacturing industry and pave the way for wider adoption of service robots in our daily life.

AI further enhances their perception system, making them smarter and applicable to more industry functions such as for surgeries in the medical field.

Alibaba Damo said the emergence of perceptive soft robotics will change the course of the manufacturing industry, from the mass-production of standardised products towards specialised, small-batch products.

Current terrestrial networks and computing capabilities cannot catch up to the growing requirements for connectivity and digital services worldwide, and is especially prominent in sparsely-inhabited areas such as deserts, seas and space.

In the next five years, satellites and terrestrial networks will work as computing nodes to constitute an integrated network system, providing ubiquitous connectivity.

Future AI is shifting from the race on the scalability of foundation models to the co-evolution of large and small-scale models via clouds, edges and devices, which is more useful in practice.

In the co-evolution paradigm, foundation models deliver the general abilities to small-scale models that play the role of learning, inference and execution in downstream applications, Alibaba Damo said.

Small-scale models will also send the feedback of the environment to the foundation models for further co-evolution. This mechanism mutually enhances both large and small-scale models via positive cycles.

The would-be new “intelligent system” brings three merits: it makes it easier for small-scale models to learn the general knowledge and inductive abilities, which are then fine-tuned to their specific application scenarios; the system increases the variety of data for the foundation models; and it helps achieve the best combination between energy efficiency and training speed.