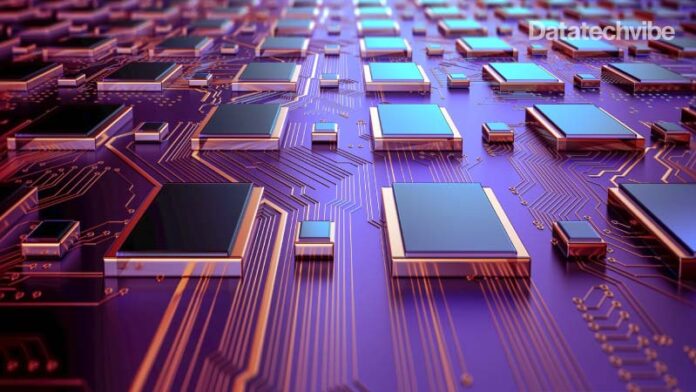 Alibaba joins tech giants like Amazon, Apple, Tesla and Google, who are gradually, instead of using standard chips designed and manufactured by traditional chipmakers, as they have done historically, have started to develop their semiconductor chips custom-designed for their data centres, PCs, smartphones and workloads.

For decades, Intel was the only chip-maker in the minds of many. But that is no longer the case. The use of chips for data storage, and the growing importance of graphics chips (GPUs), which aren’t just for making games come to life, play a vital role in artificial intelligence (AI) applications.

Tech giants worldwide are increasingly seeking ever-more powerful semiconductors to gain an edge. And with the ongoing global chip shortage, this move fulfils their specific requirements as they try to end their dependence on other companies for chips.

At present, barely a month goes by without a big tech company announcing a new chip project. Here are some tech companies ditching traditional silicon providers to design their own chips to save on costs and boost performance.

Alibaba launched its Pingtouge chip division in 2018. In 2019,  it came out with its first AI chip, called Hanguang 800, intended for use in its cloud computing system. Having been applied in Alibaba’s core businesses including its eCommerce platform, the Hanguang 800 chipsets can recognise, the company claims, 1 billion product images in five minutes, compared with the previous time of one hour achieved by using traditional graphics processing units.

Amazon is developing its own networking chip to power hardware switches that move data around networks. If it works, it would reduce Amazon’s reliance on Broadcom. Amazon already designs a number of other chips.

Both projects stem from Amazon’s Annapurna Labs chip unit, which it bought in early 2015. Annapurna has already launched system-on-chip (SoCs) that power devices such as broadband gateways, Wi-Fi routers and file servers, and has also developed high-speed Ethernet chips for AWS servers that offload networking functions from CPUs.

Apple is among other companies using the leading-edge technology for the chips that power its iPhones and Macs. Last year, it announced it was moving away from Intel’s x86 architecture to make its M1 processor, which now sits in its new iMacs and iPads.

Apple is the fourth-largest PC maker measured by shipments, according to a Gartner estimate, so its plan to use its own chips in its entire lineup of laptops and desktops is a blow for Intel.

Apple’s chips are based on ARM technology, which was originally designed for mobile devices. Chips built with ARM designs are consistently more efficient, leading to longer battery life.

Apple has invested heavily in its silicon department, including major purchases, starting with a $278 million acquisition of P. A. Semi in 2008 and then $1 billion for part of Intel’s modem business in 2019. It’s been building its A-series chips for iPhones, iPads, and Apple Watches since 2010. Now it’s essentially bringing the same technology to laptops and desktops, meaning that all Apple computers run on the same framework.

Baidu launched an AI chip designed to help devices process huge amounts of data and boost computing power. Baidu said the “Kunlun 2” chip could be used in areas such as autonomous driving and that it has entered mass production. The new generation of Kunlun AI chips, using 7 nm process technology, achieved a top computational capability of two to three times the previous generation, Baidu said in a statement.

Kunlun chips, whose first generation entered mass production in early 2020, have been used mostly by Baidu in smart electric vehicles and cloud computing.

Facebook is developing a machine learning chip to handle tasks such as content recommendation to users and has developed another chip for video transcoding to improve the experience of watching recorded and live-streamed videos on its apps,

In a 2019 post, Facebook (now Meta) said it was building custom chip designs specially meant to handle AI inference and video transcoding to improve the performance, power and efficiency of its infrastructure, which at that time served 2.7 billion people across all its platforms.

Facebook also said it would work with semiconductor players such as Qualcomm and Intel to build these custom chips to manage the volume of its workload.

In June, Google claimed that it had developed AI software that can design computer chips faster than humans can. It is edging closer to rolling out its own CPUs for its Chromebook laptops. The search giant plans to use its CPUs in Chromebooks and tablets that run on the company’s Chrome operating system from around 2023.

Google currently uses CPUs made by the likes of Intel and AMD to power its Chromebooks. Google’s new chips are reportedly based on blueprints from ARM, the SoftBank-owned British chip designer whose chip architectures power 90 per cent of the world’s smartphones.

Google has also rolled out ASICs (known as Tensor Processing Units, or TPUs) that can be used to either train or perform inference for AI models relying on the popular TensorFlow machine learning framework. The company has also developed an image co-processor for Pixel phones known as the Pixel Visual Core that powers the phones’ advanced camera features.

Recently, Google Cloud announced a partnership with Intel to create a new category of chip that will become a major seller in the booming cloud computing market. The new chip, known as Mount Evans, will be sold to others beyond Google. The chip, which Google and Intel have dubbed an Infrastructure Processing Unit (IPU), separates those tasks out from the main computing tasks and speeds them up. It will help to ensure the safety of those functions against hackers and adds flexibility to the data centre.

Tesla announced that it is building a “Dojo” chip to train AI networks in data centres. The D1 chip, part of Tesla’s Dojo supercomputer system, uses a 7-nanometer manufacturing process, with 362 teraflops of processing power. Tesla claimed that its technology will be the fastest AI-training computer.

Chipmaker Intel and graphics card maker Nvidia are among the companies that make chips that companies can use to train AI models.

The chips can help train models for recognising a variety of items from video feeds collected by cameras inside Tesla vehicles. Model training requires extensive computing work. “We should have Dojo operational next year,” CEO Elon Musk said in August.

The work comes two years after Tesla began producing vehicles containing AI chips it built in house. Those chips help the car’s onboard software make decisions very quickly in response to what’s happening on the road.

The chip shortage and the swelling number of custom chip projects launched by major tech companies have made one thing clear: there is no longer just one kind of chip. As demand shifts, so does power in the semiconductor industry.