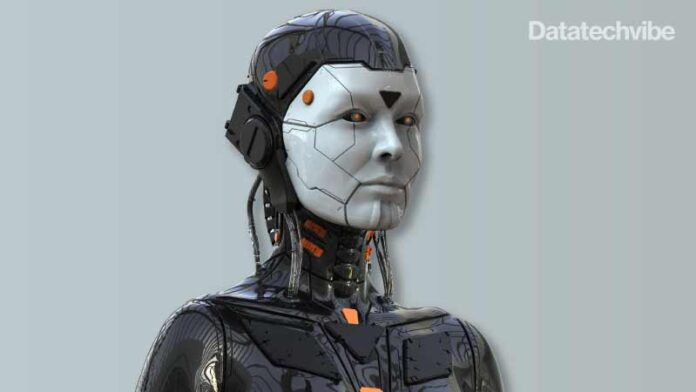 As a 90’s kid, computers were the new toys, and my parents brought one home to my delight. Once, after a game of pinball, I happened to encounter ELIZA. Curious, I double-clicked. The black screen and the cursor prompted me to write “Hi.” It took me a week to calm myself down when ELIZA responded (one of the first chatterbots), “Hello, how are you today?” It was my first computer communication. Soon after, it could play chess against the computer. The amazement was short-lived, though. I got upset when it seemed to make stupid moves, moves that I won’t make. Disappointed, I stopped talking to ELIZA, too. There was also a time when wax figures creeped me out. It took me 20 years to realise that I had experienced the uncanny valley.

The uncanny valley is a phenomenon where a person feels uneasy, frustrated, and even repulsed by something that behaves or looks like a human but is not. Technically, the concept is explained with a U-shape curve graph that forms a valley between two peaks. The curve depicts a nonlinear relationship between two variables — the human-like nature of a robot and its emotional response. From chatbots, AI assistants, 3D animation to robots, chances are they might push people away.

In 2020, researchers from the Air Force Academy studied people’s responses to 250 robots that are more human-like. The insights revealed that there may be two valleys. There is a known uncanny valley, where people find the robot creepy as it looks a little like a human being, and a smaller valley, where the robot is not robotic enough. While the possibilities of two valleys are debatable, most researchers accept that the uncanny valley phenomenon is real, and the industry needs to focus on ascension.

While the concept has been more relevant in the past decade, it was introduced even before computers became a household item.

How the valley came to be

It all began with an observation by Japanese roboticist Masahiro Mori in 1970. People’s reactions to his robots prompted the concept. Although human-like robots did not exist back then, in his mind, the idea did. In an interview, Mori claimed that in the ’70s, it was embarrassing to make a grant proposal to the Ministry of Education for a robotics project as it was thought of as a toy. Yet, he persisted.

Mori was the first person to present swarm robots (distributed autonomous systems) in 1975, a relatively recent concept today. But, the deeper he delved into robotics, he realised that people found robots more appealing if they were like humans. But, it only worked up to a certain point. Enter bukimi no tani, the uncanny valley.

The more it resembled a human being, the more people began to react with revulsion.

“I have noticed that, in climbing toward the goal of making robots appear human, our affinity for them increases until we come to a valley, which I call the uncanny valley,” explained Mori in his paper The Uncanny Valley.

Although it was a theoretical concept then, scientific research began in the early 2000s, still being studied. Some theories suggest the phenomenon be psychological, some cite biological, and there were other cultural explanations that surfaced too.

Ambiguity is one of the most common factors that trigger the phenomenon. For example, experiencing an almost human-like characteristic in robotic technology might creep in an unpleasant sensation created by fear. Horror movies exploit this effect by infusing human elements in objects, say a doll.

Another reason stems from mismatched elements. A robot with a robotic body and voice might be acceptable, but add features like human-like skin and voice, a chill down the spine is predictable. In fact, a recent 2021 research by a team at the Istituto Italiano Di Tecnologia (IIT) in Genoa suggested that a robot’s gaze can trick a person’s ability to make decisions.

Another possible factor for the fall into the uncanny valley is uncertainty. The more robots start to look and behave like humans, the more paranoid humans can get. On meeting a supposed human with odd behaviour and personality, an unsettling feeling slinks in. Is he human or a humanoid or an advanced computer-generated 3D model?

Other research suggests that the phenomenon might be an evolved response to the possible human threats of deceit, war, and death that have been exaggerated by movies and books.

With AI driving the world’s technological innovations at an unprecedented rate, it is not too far-fetched to imagine human look-alike androids being mass-produced. A 2021 research evaluated the human response to seeing a set of images of people with the same face. Due to an increased negative reaction, the findings suggest that future robotics and cloning technology could provoke a sense of alarm and put ascension further away.

In reality, creating a computer-generated human that is convincing will take extraordinary power. Experts believe every decade we get closer to that last mile. Although Mori’s intention to write about the uncanny valley was a warning, robotic developers today are confident that someday, everybody would eventually ascend the uncanny valley.

For instance, the French company SkinBag makes a variety of items made from synthetic skin. The translucent polyurethane and rubber, including fabrication of wrinkles and scars, eerily resemble human epidermis. Although not robotic, the human essence makes many consumers cringe. Yet, they are popular among many who seem to have ascended already.

Another example comes from the automobile industry. For years, vehicles have been gaining autonomous features. While consumers are often excited about the prospects, seldom will they trust it completely. Yet, developers and robotics experts are optimistic that ascension will get easier with time and have a better threshold for acceptability. When cars are embedded with the ability to also read car signs, detect animals, children and other rapid movements, consumers might loosen up and give it a fair chance.

The service industry also benefits from modern robotic technology despite the heavy presence of the uncanny valley. The market value of service robots is predicted to reach $699 million by 2023. Since 2014, SoftBank has produced more than 10,000 humanoid service robots named Pepper. Pepper robots have been working f in restaurants, airports, and health centres to greet and help customers. As a result, these robots will become one of the most common types to come in contact with people.

Experts believe marketers have already edged their customers to the uncanny valley. A basic example would be the novice chatbots that frustrate the customers on the other end of the customer service. Something about the pleasant, calm voice amid the troubles of the customer is universally annoying. With the intent to enhance automation and personalisation, many companies have successfully allowed consumers to enter the uncanny valley and now must work on the ascension.

The website, application, and chatbots work together to provide customers with personalised service. However, experts urge brands to be careful about having the same features across platforms. Out-of-context and disjointed experiences create immediate dissatisfaction. Businesses are still in waters about offering sophisticated interaction because of the inherent limitations of current marketing clouds. It’s a work in progress.

Meanwhile, it is important to reduce over expectations and not create misleading business strategies. Every chatbot or AI assistant has different levels of sophistication and abilities. Experts recommend brands use visual or audio cues to remove any false expectations. For instance, a basic chatbot that handles simple customer queries should not be given a name, a highly humanised voice, or a human avatar. Every robotic processing automation (RPA) function should come with a description of its abilities.

Ironically, artificial intelligence is the answer. To allow your customers to ascend from the uncanny valley, AI marketing can be beneficial. With innovative AI marketing strategies that challenge consumers to feel anything but satisfied, brands can reap from optimised, cross-channel interactions at scale with AI.

Also Read: The Rise And Rise of Robots

With AI, computer vision and other sensing systems, robots are mastering neat tricks that were once only possible by human beings. Something as basic as picking up trash is now common for a robotic machine. The new generation of robots is being packed with industrial revolution 4.0 strategies.

The rise in digital transformation and RPA has created a broader workspace for robots. From smart automotive factories to manufacturing houses of food and beverages, plastics, and wooden products, robots have begun to fully replace traditional production lines as well.

Modern robots are eco-friendly. Being energy efficient, investments in contemporary robot technology can be driven by requiring a smaller carbon footprint. With better precision skills, the robots can produce fewer malfunctioned goods, and enable a cost-efficient production. Meanwhile, the pandemic had put the weak globalised supply chain processes under the spotlight. Manufacturers have begun to re-strategise and primarily focus on RPA.

Recently, researchers from the University of Maryland created a soft robotic hand by 3D-printing it with integrated fluidic circuits. It could play Super Mario Bros well enough to win.

Soft robotics is a field that aims to create new, flexible, and inflatable robots that are powered by air or water. No human appearance is equal to no ambiguity, sense of uncertainty, mismatch, or paranoia. Several brands have already embraced the concept and have materialised innovative ideas.

Deliberating the capabilities and the less-chilling experiences that soft robotics bring to the table, the uncanny phenomenon might not be a significant problem here as ascension is easier. The soft robotic wearables and tools that can merge machine and human might just expand the definition of the uncanny valley.

Yet, experts wonder, what would happen if developers decide to leverage soft robotics to evolve a humanoid robot itself? The uncanny valley might become a dark place with an impossible ascend.

Shows like the Westworld, portray an exaggerated but possible future. Westworld is a made-up town where the townsfolk are actually robots. Real people pay to enter the Westworld and have a fun experience. For a time, the real people in the fictitious world seem to have accepted the advancements of robots and are far from the uncanny valley. But when the humanoid robots begin to develop a human conscience and reveal more human emotions, it throws everybody back into the valley. Experts believe, no matter how advanced robotics gets, every evolutionary stage will cause a mass uncanny valley effect, but ascension might always just be a decade or so behind.