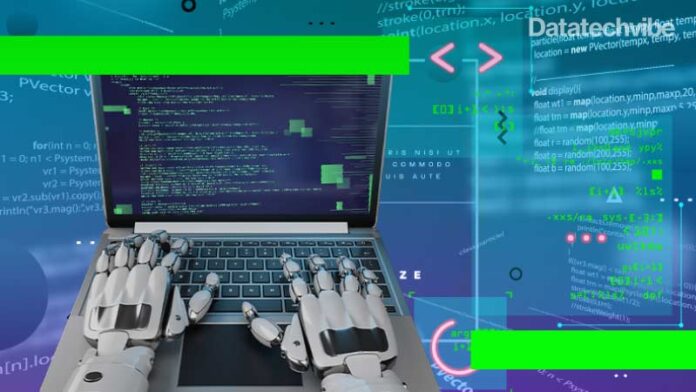 Writing numerous lines of code for software programs and high-level algorithms can sometimes be repetitive and mundane. With their rising capabilities, AI systems can now readily generate text almost indistinguishable from human writing. Data-driven enterprises are looking for time-saving methods and tools to aid coders and improve software development productivity and accuracy. For the same, automatic code generation capabilities through AI are being discovered to evolve programming languages and IDEs that work at compile time. Automatic code generation can be a fantastic tool with potential use cases for futuristic model development.

Many experts now say that such an AI job automation will slowly be replacing code developers, invisible to the naked eye, which raises the question: Can auto code generators take over the world of algorithm development?

A new revolution in coding

Impacting the overall software quality and reliability, code quality is vital to an algorithm. High-quality codes can create legacies and stand the test of time. AI-based code generators are an emerging way to generate sound, high-quality, and readable code. Although auto-generated code models have a specific requirement of being re-trained from time to time, doing so only improves the consistency and readability of the codebase. Code generators such as StackGen, Microsoft PowerApps, and code suggestive models such as Salesforce’s Code T5 and GitHub Copilot have constantly evolved to overcome the limitations of the past while combining the best of all code generation techniques into a modern development tool. Such tools can remove much unnecessary time taking menial coding tasks and eliminate end-to-end generation errors when dealing with multiple source files and file types.

Large language models for coding have recently shown promising architecture for completing and synthesising code from natural language descriptions. However, many current state-of-the-art code language models have not been publicly available, leaving models utilised outside of well-resourced companies and limiting research in this field for low-resourced organisations.

DeepMind claims that its AlphaCode code generator ranked in the top 54.3 per cent of human participants in programming competitions. But training the model required “hundreds of petaFLOPS days” in Google’s data centres.

Similarly, GitHub’s Copilot uses AI to provide a range of support functions, including autocompleting instructions, generating entire functions and transforming docstrings and descriptions into functional source code. Copilot not only thinks but also codes like a human programmer. Since it has been exposed to vast amounts of source code, it can provide excellent code suggestions, especially on standard and repetitive tasks that frequently occur in writing software. According to GitHub, more than 1.2 million developers used Copilot’s technical preview in the past 12 months. In files where Copilot is enabled, it accounts for nearly 40 per cent of code in popular programming languages like Python.

Tel Aviv-based Tabnine, which develops an AI-powered assistant for software developers that can anticipate code to be written for specific apps and fills in blanks with the appropriate snippets, launched a new version of its time-saving application programming interface. Tabnine’s software has a long memory for finding reusable code in 31 languages, including Python, JavaScript, Java, C#, TypeScript, and other languages available today in both Visual Studio Code and IntelliJ IDEs.

There are still a lot of underlying industry changes in how embedded software is designed. According to researchers, a significant percentage of designs finish late, with most delays occurring due to challenges in the software development phase. There are mixed emotions regarding this problem, with some recommending outsourcing to lower-cost locations worldwide.

Teams must consider the tradeoffs between reusable blocks of code to accomplish a task and automated code generation. Repetitive codes can drastically reduce development and might introduce more mistakes within the algorithm—developers can now mitigate such flaws with functions or code generation.

If you liked reading this, you might like our other stories
Harnessing The Power Of AI-driven XDR
Can Cognitive AI Inspire Future Model Development?