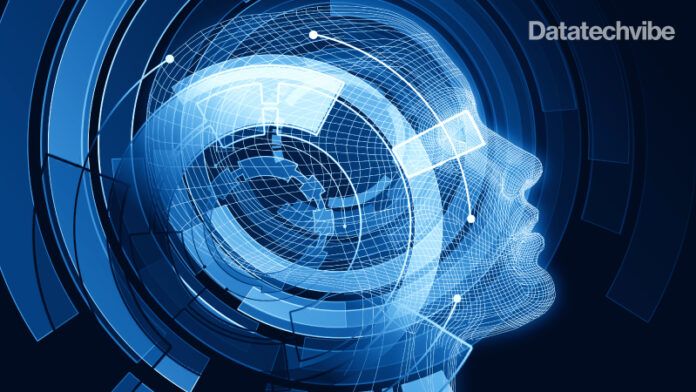 The pandemic pushed Artificial Intelligence (AI) to the top of the corporate agenda, empowering business resilience and relevance. Organisations focused on better understanding their data and efficiency gains are using AI to support internal processes.

The rapid digitalisation, especially in the United Arab Emirates and Saudi Arabia, has triggered many connected devices in the region. Since massive quantities of information require greater automation to find key insights, AI is the solution to this growing problem for organisations globally.

Meanwhile, UAE-based Bee’ah is exploring how AI can help streamline workplace conditions through its new smart headquarters. Billed as the country’s first fully AI-powered building, the office leverages sensors, cameras, and voice recognition to gather data about its occupants.

A 2019 AI Maturity Report by Microsoft and EY showed that a growing number of executives in the UAE are looking to AI to drive their digital agendas — 18 per cent of businesses in the country consider AI their most important digital priority, while 94 per cent of companies in the UAE report involvement in AI at executive management level.

“In the last two years, there has been a significant increase in the adoption of AI-powered technologies across the Middle East. That’s been down to two inter-related factors: the global pandemic and the need for digital transformations,” said Noor Alnahhas, CEO and founder of Nybl.

“Companies have been forced to become more efficient, do more with less, reduce costs and conduct business with stringent health and safety regulations in place. That meant removing human contact and interaction from the consumer journey wherever possible. So, with the boom in sectors like eCommerce and conveniences like contactless payment, a huge swathe of data was produced and subsequently utilised by a raft of emerging AI applications that can process and analyse data faster than any human ever could,” Alnahhas added.

While AI’s impact on the broad Middle East economy seems limited to 2 per cent of that generated by global innovations in AI, the potential impact of AI in the Middle East, according to a PwC report, is $320 billion by 2030. A closer look at PwC’s regional breakdown shows how some countries are charging ahead in the race to innovate. AI is set to have an outsize impact on the UAE (where it’s expected to account for 13.6 per cent of GDP by 2030), Saudi Arabia (12.4 per cent), and Egypt (7.7 per cent).

According to industry experts, the two industries that will spend the most on AI solutions are retail and banking. The retail industry will largely focus its AI investments on improving the customer experience via chatbots and recommendation engines —  retailers are competing for consumers with the help of hyper-personalised advertisements and AI-powered recommendation algorithms.

While banking AI investments will include spending on fraud analysis and investigation by utilising technologies like deep learning, reinforcement learning and intelligent consultancy (robo-advisory) applications in portfolio management will become prominent.

Also Read: Will AI End Up Offering You A Job?

AI technology is manifesting itself in front-office banking in the form of biometrics, virtual assistants, personalised insights, and targeted product offerings. And in the back office, AI is automating tedious tasks and helping employees be more effective at their jobs.

In the financial sector, it is estimated that 25 per cent of all AI investment in the region predicted for 2021, or $28.3 million, will be spent on developing AI solutions. This is followed by the public services, including education and healthcare, and the manufacturing sector, according to IDC.

While AI and its potential role as a driver of transformational change to businesses is pervasive, there are limited insights into what companies are doing to reap its benefits. Although much of the value potential of AI is up for grabs, industry experts say, more often than not, enterprises use AI as just marketing hyperbole.

“Currently, in the MENA region, many of the firms that say AI is a key part of their business are mainly using it as a buzzword, and much of it is simple algorithms. It’s not close to real AI,” said Hasan Haider, Managing Partner at +VC.

As far as the peaks and troughs of hype and technological leaps surrounding AI go, there’s no indication that the buzz nor the potential will fade away any time soon. It is no understatement to suggest that AI will be a chief protagonist in the change transcending all elements of business.

“Adoption of AI in a real sense would come from being able to plug it into a product or service, almost the same way we use cloud computing. Real AI isn’t there yet, and so outside of a small number of applications, it’s still early in the region,” added Haider.

Some of the key ingredients necessary for AI in businesses: a combination of domain and technical expertise, the appropriate technology, the right talent, and massive amounts of data. According to Haider, there’s no dearth of right talent and expertise in the region. “We have some amazing coders in the region doing a lot of deeptech work and understanding AI inside and out.”

Several government-driven initiatives are changing the dynamics of the industrial sector and contributing to reshaping the landscape in key economies like Saudi Arabia and UAE and creating a stronger institutional set-up to promote private sector investments.

Mega development Neom, a $500 billion city-state, is currently in the process of building. According to strategy documents leaked, the project may include a huge artificial moon, glow-in-the-dark beaches, flying drone-powered taxis, robotic butlers to clean the homes of residents and a Jurassic Park-style attraction featuring animatronic lizards. The city-state aims to be powered by renewable energy, facilitate hyper-connected communities, and harness data to improve its transportation and freight operations. In January, it was announced that, as part of the Neom project, a zero-carbon city called “The Line” would be set up.

Various governments in the region, including Egypt and Qatar, have conducted long-term plans for using AI and have established their initiatives to strengthen such technologies. As many big tech companies, including Google and Amazon, are shifting their business models around AI, the Middle East region now seeks to be at the forefront of this technological development. IBM is working with Smart Dubai and the Saudi Data and Artificial Intelligence Authority on various AI-led initiatives.

Meanwhile, Dubai aims for 25 per cent of all car journeys to be made via driverless transport by 2030, and Abu Dhabi has already announced plans to pilot driverless taxis on the road this year. Facial recognition is quickly being adopted across various sectors in the Middle East, ranging from airport security to law enforcement.

But the use of AI technologies has also raised concerns about its potential misuses.

As AI becomes more central, there’s an increasing need for businesses to consider how to address and govern the ethical issues AI will inevitably generate. Concerns about trust, privacy, and transparency can create barriers to an organisation’s ability to adopt AI.

AI-specific regulation is immature, and regional AI leaders, according to experts, find that a lack of clear guidelines can limit their progress as they cannot factor legislation requirements into their long term planning,

In the UAE, to address these and associated issues, the government has created a regional ethics council designed to assess ethical principles, define ethical rules of engagement and set ethical policies required to thrive in the evolving AI world.

Digital transformation, powered by AI, represents the opportunity for businesses to develop a new standard for value creation. So, will AI drive the future of business in the Middle East? “AI will at some point be part of every system we use everywhere,” said Haider. “We won’t think twice about it, it’ll be working in the backend and make our lives easier. I don’t see AI driving growth as a separate industry or sector, but working within all industries to drive efficiencies.”

As AI develops, we will witness innovation and expertise spreading as governments, businesses and universities increasingly invest in building knowledge, resources and capabilities.