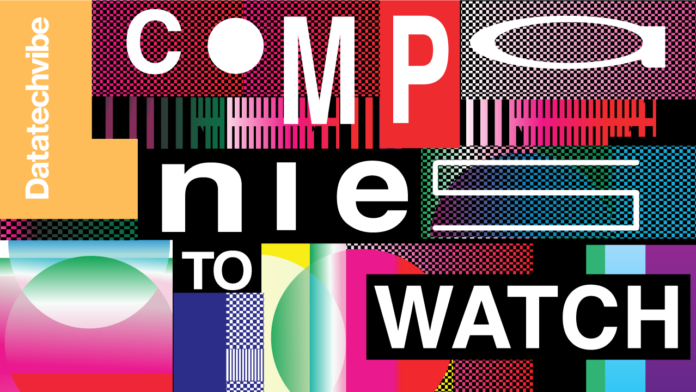 First thing first. No longer is Silicon Valley the heart and soul of modern tech. There are interesting startup scenes elsewhere, worth watching this year and beyond. And now, entrepreneurs focus not only on tackling serious societal challenges, environmental sustainability, or healthcare but also on out-of-box technological innovations.

Startups are now able to keep up with sci-fi movies — from sending small satellites into space using a catapult and flying bikes to long-sought dreams of fusion power.

With the opening up space to businesses, disruption is coming thick and fast. SpinLaunch is breathing new life into space technology, building a machine that can hurl rockets into space as soon as next year. SpinLaunch’s kinetic energy system uses electricity to accelerate a projectile to overcome gravity, pushing it outside the Earth’s atmosphere into space. Instead of using propellants like liquid oxygen, SpinLaunch plans to spin the rocket in circles at speeds up to 5,000 miles per hour before letting it go.

And it will charge less than $500,000 a launch, according to Bloomberg, which will allow it to launch payloads at lower costs and higher frequencies than traditional launch vehicles. If successful, that would be the cheapest and most prolific small launcher in the market. It has raised $80 million to date, including a $35 million round a year ago.

The space industry is worth $380 billion, and 60 per cent of that is commercial.

There’s a growing list of private companies that can launch satellites into orbit, while many are, including Richard Branson’s Virgin Orbit rocket, hoping to tap into what is a growing market for small, lower-cost satellites.

Space has traditionally had a high barrier to entry, and SpinLaunch is catapulting into the space race with a big bang.

Progress toward the long-sought dream of fusion power, an inexhaustible and zero-carbon energy source, is taking a dramatic leap forward with investment flowing into nuclear fusion companies. There aren’t many fusion companies in the world. Commonwealth Fusion Systems’ (CFS), a spinout of MIT’s Plasma Science & Fusion Centre, is looking at a way to take some recent advances in materials science to build small, cost-conscious power plants that can manage a fusion reaction. CFS fusion reactors aim to generate electricity cheaply, without pollution or dependence on external factors like wind or sunshine.

In fusion power plants, the fuel is a form of hydrogen found in water, which is so abundant as to make it effectively inexhaustible. The power is produced when these hydrogen atoms “fuse” together to form heavier elements, such as helium.

Last month, CFS successfully demonstrated the use of a high-temperature superconductor to generate a much stronger magnetic field, which will allow for a more compact fusion power plant that will be quicker and cheaper to build.

So far, CFS has raised more than $215 million. Breakthrough Energy Ventures, a fund with investments from Gates, Bezos, Ray Dalio, Richard Branson, Jack Ma, Michael Bloomberg and others, has contributed to CFS, as has The Engine, a venture capital company associated with MIT.

It hopes to demonstrate net positive energy by 2025 and turn on a commercial machine in the early 2030s. Its success, more importantly, would benefit all of humanity by providing carbon-free power at scale in time to make a difference against climate change. Plus, nuclear fusion is generally safe, so reactors can be located near population centres or cities, which helps with infrastructure.

Vehicles that once seemed like the far-distant future are becoming more tangible every year. This Japanese startup is hoping to convince motorists to swap their cars for a $680,000 hoverbike. Last month, A.L.I. Technologies’ XTURISMO Limited Edition flying bike, which went on sale in Japan, was seen floating in the air with a roaring sound in front of the grandstand at the Fuji racing track.

The startup develops advanced technologies such as drones, AI and blockchain, and collaborates with major companies in next-generation business development.

The startup says the hoverbike can fly for 40 minutes at up to 100km/h on a single charge; it is equipped with a conventional engine and four battery-powered motors. The company aims to have manufactured 200 single-rider 300kg hoverbikes by mid-2022.

The flying bike operates electrically with an internal combustion engine which runs on petrol. The startup aims to bring out a fully electric version of this flying bike by 2025, and it is backed by Mitsubishi and footballer Keisuke Honda.

The focus on new technologies in recent years could be signalling a change. The current trialling of emerging technologies such as driverless cars, autonomous robots, drones and flying bikes shows there is a blueprint for new forms of transport to move out of the realms of sci-fi and into the real world.

It isn’t surprising that venture capitalists, aviation corporations and even rideshare company Uber, with its ambitious Uber Elevate, are staking claims on the burgeoning flying automotive industry, which analysts say could be worth as much as $1.5 trillion by 2040.

Spatial is one of these few companies that want to bring sci-fi-like visions, like you have seen in Star Wars, Avengers, to the real world. The company is working on AR software that makes virtual business meetings more real. Thanks to an app working with Microsoft HoloLens, users can share their files, pictures, and even real-time 3D avatars with others who can view all the content as AR holograms.

Spatial has developed a “holographic” collaboration platform that people use to speak and work together in virtual rooms through strikingly effective avatars — think of a virtual reality version of Zoom or a Google Hangout. Last year, the startup raised $14 million to continue building out the functionality of its application and its interoperability with a wider range of hardware, as well as to start looking at how it can turn its tech into a platform that could be used by others, for example by way of an SDK.

Spatial is operating with technology that is interoperable with any headset or AR glasses, including Microsoft HoloLens, Oculus Quest, Magic Leap One, Qualcomm XR2 or an Android/iPhone mobile device, to let companies build out supercharged video conferencing by placing people into virtual rooms where they can speak to each other, or look at and manipulate holographic models together, and more.

Their technology is already being used by Mattel, the toy manufacturer company.

From text messages to video calls, virtual communications have become firmly embedded in most social interactions. But until now, the creation of high-quality 3D characters was the exclusive domain of Hollywood and AAA games, requiring expensive hardware and software. Today, with a single smartphone photo or scan, digital human startup Didimo can create a ready-to-animate avatar, shortening the production process from hundreds of hours to less than 90 seconds. This Portugal-based startup brings human communication to online interaction. Its proprietary and customisable software delivers life-like 3D avatars of users, a digital version of themselves, in their virtual communications, incorporating human attributes such as visual appearance and animation, behaviour, emotion, and voice. For example, a Didimo avatar could read your emails and transmit the right emotion that might otherwise be lost in a text.

Last month, Didimo’s founder Veronica Orvalho was named among the 21 finalists for the EU Prize for Women Innovators from a pool of more than 260 candidates by the European Innovation Council.

Get Ready For Metaverse
AI Risks We Should Know About