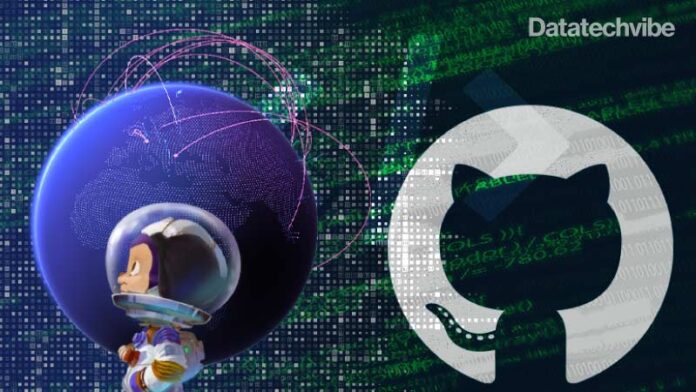 It may be every coder’s home base but GitHub’s Enterprise edition offers a self-hosted platform for software development within an enterprise. In-house teams can build and ship software using Git version control, APIs, productivity and collaboration tools, and manage integrations.

In early September, WebKit, the open source web browser engine at the heart of Apple’s Safari web browser, migrated over to GitHub.The Apple project team cited a number of benefits – the first one being – the very large community of developers, particularly web developers, with whom the WebKit project works closely to improve the engine.

It’s not surprising – 84 per cent of Fortune 100 companies use GitHub Enterprise.

With over 200 million codebases from 83 million plus developers on their platform, GitHub is undoubtedly the world’s largest online versioning control and code repository. In addition, the development platform has been serving as the “home base” for development teams since 2008.

GitHub is the platform for developers to collaborate on projects and share code. Call it a cloud storage site, code-sharing platform, social networking site for developers, and more.

The free and simple-to-use platform evolves with time. With technology changing at a lightning-fast speed, the companies need to upgrade themselves to manage 2S – scale and speed. Keeping the same in mind, GitHub continues to add new features to stay relevant with time.

Further, it came out with GitHub Copilot, an AI pair programmer designed to help developers create better code more quickly. Since its launch, GitHub Copilot has added IDE support for the JetBrains IntelliJ platform of editors, including the most recent iterations of PyCharm and IntelliJ IDEA.

Before examining the features supporting developers over the platform, it is necessary to have an understanding of version control. Simply put, it is like a “save programme” for a project. Version control provides the ability to track and log the changes made to a file so that one can review the file or restore the earlier version itself.

Launched in April 2008 by Tom Preston-Werner, PJ Hyett, and Chris Wanstrath, the platform features provide developers with an easy way out in the already complicated world of codes.

GitHub’s extra edge over others

Previously, a collaborator had to get in touch with the project owner and ask for his permission to contribute to a specific project. Here, Github’s social network comes in handy and motivates developers to analyse and take part in various open-source projects. Moreover, GitHub can be used as a portfolio to show off projects to potential employers. Since candidates’ code is open for anyone to study, recruiters frequently use GitHub to find talent.

There are other web-based Git-focused code hosting options than GitHub. Alternative services, including GitLab and Bitbucket, offer nearly identical features. The primary distinctions between these services and GitHub are the extra capabilities GitHub offers in addition to basic Git functioning. Public clouds also provide services that resemble Git in certain respects; for instance, Azure Pipelines provides tools that enable developers to manage and release source code.

Lastly, GitHub has sparked an explosion in open-source collaborations. The largest open source projects, including Ruby on Rails, AngularJS, Bootstrap, and many others, are hosted on GitHub. Several major IT firms, including Microsoft, have code repositories on GitHub.

It’s daunting to stay on top of constantly shifting updates in emerging tech. The shift towards Web3-based infrastructures, for example, is exciting but tricky to kick-start.

GitHub repositories offer a starting point for developers to dive into projects via open communities. For example, start a metaverse project using OpenZepplin library for secure and safe smart contract development, Web3UI — a repository consisting of lightweight and reusable Web3 UI components for the development of dApps and a React UI library for Toast notifications, NFT display, ETH wallets and more.

If you liked reading this, you might like our other stories
Datatechvibe Explains: One-shot Learning
Is Poor Data Quality Affecting Your Business?