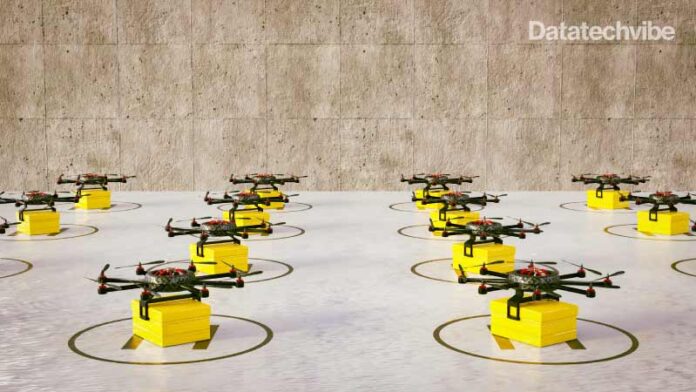 Drones, also known as unmanned aerial systems (UAVs), have attracted their fair share of headlines in recent years. Already used commercially in many countries worldwide, it grabbed eyeballs when the Abu Dhabi-based global startup incubator Krypto Labs offered a $1.5 million prize for Drone X Challenge, the international competition to push the frontiers of drone development focused on transportation and delivery.

UAVs have multiple commercial applications, which go beyond basic surveillance and photography. For example, insurance companies use them to inspect damaged assets, and farmers are sending them to monitor crops and collect soil data. In the oil and gas sector, drones have allowed companies to inspect assets during regular preventive maintenance without the need to shut down operations.

Soon, Amazon, which is actively flying and testing the technology, could use a drone to deliver packages from a warehouse all the way to your home. Even more dramatic was when Facebook floated the idea of using gigantic solar-powered drones to beam down high-speed Internet access to remote places worldwide. That ambitious plan, however, was grounded in 2019.

Meanwhile, by 2022, the commercial drone market in the Middle East and Africa is expected to generate $220 million, according to Statista. However, the growth is highly dependent on the regulatory framework of a country. Due to the rise in the conflict in the region, many Middle Eastern countries like Saudi Arabia, Kuwait and Syria have banned commercial drones. While the UAE and Israel allow the use of commercial drones, albeit with restrictions.

In 2019, Abu Dhabi National Oil Company, in collaboration with France’s Total, announced plans to deploy drones and uncrewed vehicles to collect 3D seismic data as it expands its search for new oil and gas resources throughout the emirate of Abu Dhabi — the first time such technology has been used in the region.

In July, Dubai police announced that it would use drones for policing for responding to an incident anywhere in the country. The quadcopters, supplied by Airobotics, will operate from base stations during the Expo 2020 event starting in October. The drones will reduce police response time from 4.4 minutes to 1 minute, according to a tweet from His Highness Sheikh Mohammed bin Rashid Al Maktoum, Vice-President and Prime Minister of the UAE.

Airobotics’s drones-in-a-box are already used at various sites in several countries. The drones carry out industrial tasks, for example carrying out daily surveys of stockpiles of coal or phosphate from mines. Singapore deployed two Airobotics units last year to assist with covid-19 lockdown compliance measures, to check reports of gatherings of people.

Here are some of the many ways UAVs are revolutionising how we get things done:

Also Read: Why is DDoS Protection A Major Concern?

Drones are becoming integral to the oil and gas industry due to their increasing usability across the value chain to drive operational efficiency, according to GlobalData. UAVs are used in remote oil and gas sites, like deep offshore rigs, to automate inspection and to aid in training, among other roles. BP, ExxonMobil and Royal Dutch Shell are employing drones to obtain real-time insights to enhance their productivity.

Initially used for remote monitoring and surveillance of assets during regular operations, as well as emergencies, the recent advancements in sensing and imaging technologies are enabling drones to be deployed in a wide range of settings to carry out predictive maintenance of critical infrastructure. Drone manufacturers are also collaborating with oil and gas companies to develop custom drone platforms that can be equipped with different types of data collection technologies for obtaining real-time insights. Cloud computing and the IoT are providing an added impetus to drone usage.

Vital role in the future of smart cities

With new innovations and government-backed initiatives, the evolution of the smart city in the Middle East, especially in the UAE and Saudi Arabia, is accelerating. With the groundwork already being laid for these environments, one key element in the development of smart cities is mobility and, in particular, the movement of UAVs, which can provide important and diverse contributions. UAVs can be used for everything from traffic and crowd monitoring, civil security, merchandise delivery and infrastructure inspection to environmental monitoring and cost-effective services to local governments.

Drones can go places that humans can’t access, so they are an ideal solution for dangerous search and rescue efforts. UAVs can be used as reliable, flexible and safe tools to quickly deploy messages and real-time circumstance analyses. They could even control situations within natural disasters that could be too dangerous for humans. In the same vein, UAVs can be used to help provide and deploy faster health emergency services. This means quickly delivering medical supplies and services to patients, or using UAVs as functioning ambulatory services to deliver essential life support equipment and medical supplies.

Also Read: Which Tech Trends Will Impact Your Business?

Drones are being used to monitor endangered species and map the changes in various ecosystems around the globe. Elephants, rhinos, primates, and many others are on the brink of extinction, and even as wildlife organisations strive to end poaching, it continues. Drones are used to stop this $70 billion-per-year industry. Air Shepherd is an organisation that uses drones to conduct surveillance on poachers, with operations based in Malawi, South Africa, and Zimbabwe. Drones can also easily capture aerial imagery of wildlife, making population counts almost effortless. As technology advances, the use and impact of drones in conservation efforts will expand.

The use of global positioning system technology, together with geographic information system tools, form a large part of these precision agriculture practices allowing fine-scale monitoring and mapping of yield and crop parameter data within fields. These provide more intense and efficient cultivation methods, which can help farmers adjust fertiliser prescriptions or identify crop diseases before they become widespread. With more data at their fingertips, farmers can make decisions based on economic and environmental factors – for example, by optimising fertiliser treatment and applying only the right amount at the right time, high cost and environmental savings can be made.

There are different ways drones can be used for logistics, operations, and distribution.

The growing popularity of eCommerce is making a strong case for using drone technology in the transportation and distribution of goods.

Amazon began testing delivery drones in 2013, aiming to drop off packages at customers’ doorsteps in 30 minutes or less. Amazon debuted an electric delivery drone at its 2019 re:MARS conference that’s capable of carrying packages under 2.2 kilos to customers within a half-hour and can fly up to 15 miles.

Amazon isn’t the only company seeking to expand commercial drone delivery. Last April, Alphabet-owned Wing became the first drone delivery company to receive FAA approval for commercial deliveries in the US. UPS won approval from the FAA to operate a fleet of drones as an airline.

Based in Dubai, Falcon Eye Drones is one of the first companies in the Middle East to use drone technology in mapping and inspections. Its technology is used by industries, such as the oil and gas sector and the geographic information system market.

Other drone companies in the MENA region are UAE-based Space Autonomous Drones and Flugauto and Saudi-based Firas Aero.

As with any industry, economic drivers will also shape demand for UAVs. In the MENA region, companies may unlock the greatest value from drones that streamline operations and facilitate automation. This is part of a broader move to automate and digitise operations, and the best companies will keep such economic drivers at the forefront as they develop their UAV strategy.

Clearly, the future of this industry will depend on many factors, including infrastructure development, such as the construction of landing facilities and charging hubs, regulations will continue to determine the viability of different applications, and improved technological capabilities will enable new drone applications.