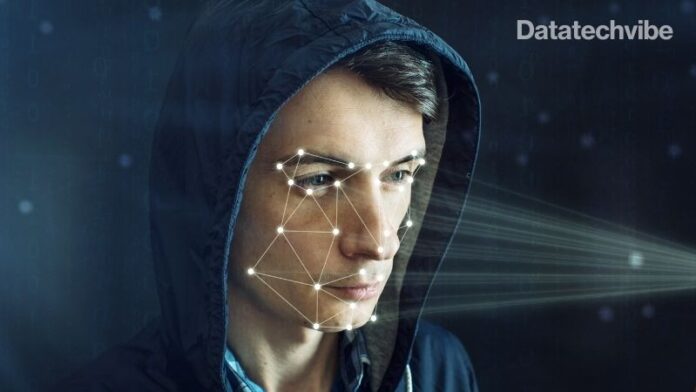 “Geronimo-E KIA.” was the coded message sent by the Navy SEALs to Washington. To confirm that the mastermind of the 9/11 terror attacks was dead, face recognition analysis and DNA matches were used. Barack Obama finally ended the discussion with a proclamation, “We got him.”

As uncomplicated as it sounds, there was a time when facial recognition was as incredible as science fiction despite its presence since the 1960s. Today, attributing to the rapid advancement of Artificial Intelligence, Facial Recognition Technology (FRT) is a pioneering work of technology.

Woodrow Wilson Bledsoe was one of the early researchers of facial technology who dreamed about a machine he referred to as a “computer person.” Much of his undercover experiments, funded by intelligence agencies, was a secret for decades. While he tried to destroy his research, much of it survived the flames. In time, other scientists picked up the pace and Woodrow’s work using variations of the n-tuple method to find data point patterns set the course for decades. In the 1970s, researchers Goldstein, Harmon, and Lesk developed the 21 points of facial measurement.

Defence Advanced Research Projects Agency (DARPA) created the first database of facial images in 1993, and they upgraded their database to 24-bit colour images. Despite a failed experiment that consisted of a face recognition database of 856 people at a Super Bowl in 2002, efforts and determination to refine the technology did not waver.

In 2004, the National Institute of Standards and Technology (NIST) tested the technology again, and six years later, Facebook developed the image identity auto-tagging using facial recognition. In 2015, Google created FaceNet that achieved an accuracy of over 99 per cent.

Then came the real FRT achievements. Who can forget the assassination of Osama Bin Laden? FBI’s facial recognition software also identified the “man in the hat” who was responsible for the Brussels terror attacks.

FRT was a tremendous success in the global defence and security system. It is not surprising that Woodrow and his colleagues were funded by the CIA even when the technology was just a concept. Once the technology picked up the pace and proved its weighted power, it began to be included in security systems everywhere. In 2014, the Automated Regional Justice System (ARJIS) designed a system that enabled local, federal, and state agencies to share the criminal face recognition data.

Experts reckon that police and security agencies worldwide will be able to use cameras, smart glasses, and drones engineered by facial technology. Recently, an Israeli surveillance company that Microsoft previously funded has filed for a drone-based facial recognition patent. Though it is uncertain how and who will operate the drones, facial technology’s rapid advances are certain.

A TechSci Research report claims that the global facial recognition market was worth $2.9 billion in 2017 and is expected to climb at a CAGR of 13 per cent by 2023. As a vital ode to this prediction, the facial recognition system has integrated into various markets and platforms.

Humanoid robots that could identify rare genetic diseases are being developed in the health sector. Japan has begun to use a facial recognition system in its automobile industry with Subaru. Its SUV brand, The Forrester, can predict when a driver is sleepy and likely to experience an accident. The UAE, who the experts believe is the most excited to include facial technology in their public and private sectors, have built a virtual aquarium with 80 facial recognition cameras at the Dubai Airport. The UAE Cabinet recently approved a proposal to employ FRT for the development of public and private sector services.

The Face of Brewing Caution and Unrest

In March of 2020, when the pandemic-led lockdown had the world at its toes, a Russian resident, who was supposedly under quarantine, received a knock on his door. Half an hour earlier, the resident had stepped out of his house to empty his trash can, and the police had filed him for violating quarantine rules. How did they know? The entire city of Moscow was under a facial recognition surveillance system.

While Facial Recognition’s future looks bright with new possibilities, the rapid accessibility and affordability of this technology have raised red flags. A recent study revealed that face biometric datasets that carried subject consent dropped from 86 per cent decades ago to just over 8 per cent today.

While privacy is a primary concern, and there is no federal legal framework yet, world governments are looking to include privacy laws and particular facial recognition guidelines. The other growing concern that could result in discriminatory unrest among consumers is the racial bias by the technology itself. A National Institute of Science and Technology research revealed that facial recognition systems misidentified minorities and other disadvantaged groups, up to 100 times more than white men.

In 2014, Stephen Hawking proclaimed that facial technology would be the end of the human race. Elon Musk also described facial technology as an existential threat to humanity. Some countries, including San Francisco, Oakland, Boston, have banned specific applications of Facial Technology.

Additionally, considering facial technology as “bad tech”, companies have begun to devise solutions to fool the state-of-the-art technology. For instance, a Russian Grigory Bakunov developed an algorithm that creates a kind of make-up to confuse facial recognition devices. However, he did release the same into the market.

Two other software systems were announced and made available to the market in 2020. The Verge built an application named Fawkes that allowed users to modify specific pixels in their image before uploading it on the cloud. Generated Media devised a tool Anonymizer that creates duplicate portraits of photographs that could trick facial recognition systems.

The Future of Facial Recognition

Artificial Intelligence has brought the world to crossroads. While FRT is breaking technological records and creating space for the unimaginable to experience reality, it has brought technology leaders to question its deployment and the power it holds over the human race. To better understand the technology, DARPA is supervising an Explainable Artificial Intelligence program to allow people to understand, trust, and manage the emerging artificial intelligent allies.

Meanwhile, the General Data Protection Regulation (GDPR) in Europe and the UK and the California Consumer Privacy Act in the US is sure to create worldwide repercussions.