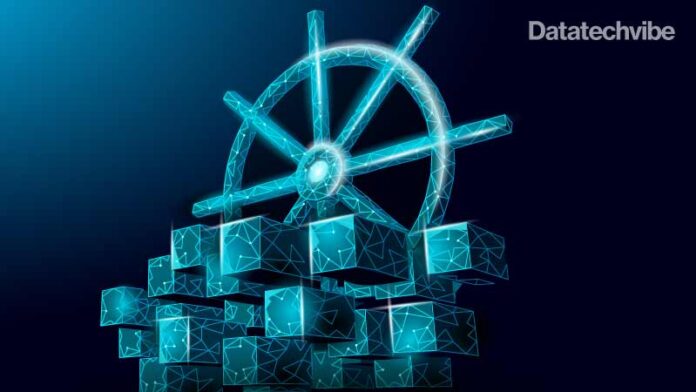 Kubernetes and cloud native technologies continue to gain momentum. Kubernetes simplifies the work of developers and operators, increasing agility and accelerating software delivery. While Kubernetes has been popular with developers for a number of years, it’s now moving steadily into production environments and well on its way to entering the IT mainstream.

As enterprises accelerate digital transformation and embrace the Kubernetes ecosystem, some are experiencing growing pains due to a lack of expertise, complex deployments and challenges integrating new and existing systems. The VMware Tanzu State of Kubernetes 2021 report examines the continuing evolution in the way enterprises are using Kubernetes — the benefits they’re seeing from the technology; continued complexity around decision making, deployment and operations; and progress against existing and new challenges.

Companies are quickly figuring out how to operationalise Kubernetes, some software companies are mainstreaming the technology, and everyone is seeing clear benefits as the Kubernetes ecosystem matures.

An important sign of Kubernetes momentum is the continuing shift to production, growing from 59 per cent in the 2020 report to 65 per cent this year. Companies with more than 500 developers were more likely to be running all or most containerised workloads in production (78 per cent).

Almost everyone surveyed (98 per cent) sees significant benefits from Kubernetes.

The top benefit was improved resource utilisation (selected by 58 per cent). Second was eased application upgrades and maintenance (48 per cent) and shortened software development cycles came in a close third at 46 per cent.

easily. This gives a significant boost to companies’ cloud migration efforts with 39 per cent selecting enabled our move to the cloud, 33 per cent choosing enabled a hybrid model, and 28 per cent saying Kubernetes reduced public cloud costs.

The latter benefit likely results from the fact that Kubernetes utilises resources efficiently and elastically.

A Decided Shift from On-Prem to Multi-Cloud

Given Kubernetes’ multi-cloud benefits, perhaps it’s not surprising that the survey shows a shift away from on-premises deployments. On-premises was selected by just 55 per cent of respondents this year, a decrease of 9 per cent relative to 2020. Single and multi-cloud deployments each increased by 5 per cent, with more than a third (36 per cent) of respondents utilising multiple public clouds and intentionally pursuing a multi-cloud strategy.

These results suggest that teams are becoming more familiar with Kubernetes and are comfortable running it in cloud environments. The relative ease of deploying Kubernetes as a cloud service may simplify operations for companies still building internal expertise.

In another clear sign that enterprise use of Kubernetes is maturing, there are indications that winners and losers are emerging. Roughly half of respondents are now using Amazon EKS (54 per cent) and/or Microsoft AKS (49 per cent), while VMware Tanzu saw 6 per cent growth since last year. Other Kubernetes platforms — both on-premises platforms and cloud offerings — were flat or declining.

Also Read: Will AI End Up Offering You A Job?

As companies accelerate digital transformation, more stakeholders are getting involved in decisions involving cloud native technologies like Kubernetes — as well as day‐to‐day operations. While the days when technology decisions were largely the domain of IT are a thing of the past, teams appear to be adapting to having multiple cooks in the kitchen.

Ownership of Kubernetes Has Become Clearer

When we asked about management challenges, lack of clear ownership showed an 11 per cent drop versus the previous survey, from 30 per cent down to 19 per cent. Although some confusion around ownership of decisions and operations remains, it’s clear that teams are figuring out how to collaborate.

Everyone (Still) Wants a Seat at the Table

When it comes to actually choosing a Kubernetes distribution, multiple teams get involved there too. About 83 per cent of respondents indicated that more than one team is involved in these decisions. Operations (62 per cent), and development teams (55 per cent) are most often in the mix, but application owners (29 per cent) and even C-level executives (16 per cent) are getting involved.

Also Read: Traits to Watch Out for a while Hiring a CMO

Although lack of expertise is still an issue for many enterprises, Kubernetes is becoming easier to select, deploy and manage. While the trends are largely positive, important challenges remain. Some new challenges are emerging as the Kubernetes footprint in an organisation expands.

Almost all survey respondents (96 per cent) still report difficulties selecting a Kubernetes distribution. Lack of internal experience and expertise remains the biggest challenge when making the choice (55 per cent), but it has dropped 14 per cent since last year, suggesting rapid improvement.

Other notable challenges included: hard to hire needed expertise (37 per cent), Kubernetes/cloud native speed of change (32 per cent), and too many solutions to choose from (30 per cent). Most of these challenges are likely to take care of themselves as more people gain familiarity and the ecosystem continues to mature.

Given that lack of expertise is the biggest challenge when choosing a Kubernetes distribution, perhaps it’s not surprising that easy to deploy, operate and maintain is the most important factor in Kubernetes selection (61 per cent), followed closely by product capabilities and roadmap (45 per cent). In keeping with the shift toward multi-cloud, 41 per cent selected work in a hybrid cloud as an important factor. Vendor maturity, access to services and support, and avoiding lock-in also ranked highly.

Assuming teams gain expertise and ease of use continues to improve over time, security becomes the biggest concern for Kubernetes in the enterprise. Adopting DevSecOps practices to control security across the end‐to‐end container lifecycle is the key to enhancing security and gaining agility.

Developers and architects recognise Kubernetes as the best way to shorten software development cycles and accelerate delivery of new applications and services. However, 97 per cent of organisations still have Kubernetes security concerns. That’s probably a surprise to no one given the prevalence of data breaches and other cybercrimes in the news.