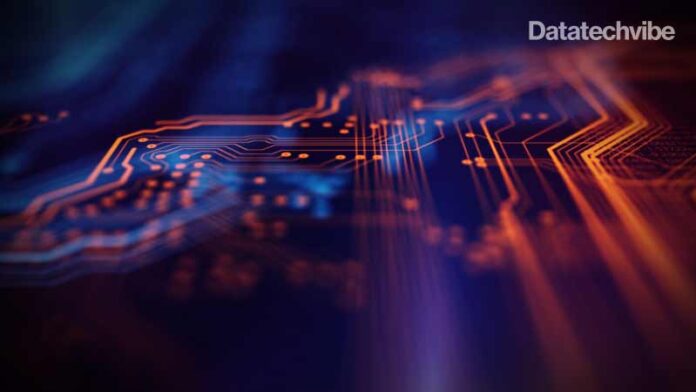 Self-driving cars are coming. Uber and Alphabet have bet on it, and old-school car manufacturer Ford as well. Even if driverless cars are coming, it won’t be as fast as we’ve been led to think if we don’t have faster networking technologies to accelerate the creation of real-time applications to support the unusual circumstances they’d have to handle.

Self-driving cars must make lightning-fast, 100 per cent accurate decisions — it can’t risk even the slightest delay before it applies the brakes. But the network of giant data centres that control modern computing, this centralised model, might be too slow for today’s tech breakthroughs. Applications such as virtual and augmented reality, smart cities and even building-automation systems require fast processing and response.

Increasingly, digital business initiatives create data that can only be efficiently processed when the computing power is close to the thing or person generating it. Edge computing processes data on the spot, eliminating the need to connect to a remote data centre, addressing this need for localised computing power.

It’s not a stretch to say that self-driving cars, or say IoT, AR, and 5G commercialisation, will never get off the ground without edge computing.

A recent IDC report predicts the edge computing market will reach over $250 billion by 2024. A recent Gartner report expects staggering three-quarters of Internet data to go through the edge in 2025.

Also Read: Edge Computing Helps You Harness The Power of The Cloud

While edge computing has been on the radar for some time, it’s only now moving into the mainstream conversation. A combination of edge computing and industrial Internet of Things (IoT) devices will enable smarter supply chains, better equipping them to handle the disruption of all kinds. Edge computing can enhance and expand the performance of drones used for a myriad of reasons. And edge computing with 5G can help address bandwidth, speed, and security issues for networks experiencing traffic surges.

Edge computing has a host of applications and can transform processes, helping to address issues stemming from today’s ever-increasing amounts of data.

IDC predicts that by 2025, every connected person in the world will have at least one digital data interaction every 18 seconds — likely from one of the billions of IoT devices, which are expected to generate over 90 Zettabytes of data in 2025.

“Edge products and services are powering the next wave of digital transformation,” said Dave McCarthy, research director, Edge Strategies at IDC. “With the ability to place infrastructure and applications close to where data is generated and consumed, organisations of all types are looking to edge technology as a method of improving business agility and creating new customer experiences.”

Primarily, edge computing brings computation and data storage closer to the devices where it is being gathered so that data, especially real-time data, does not suffer latency issues that can affect an application’s performance. In addition, companies can save money by having the processing done locally.

However, the cost savings alone aren’t a driver towards deploying an edge-computing architecture for many companies. Companies that embraced the cloud for many of their applications may have discovered that the costs in bandwidth were higher than they expected. A recent Virtana survey shows that a large majority (82 per cent) of organisations with workloads running in public clouds have incurred “unnecessary” cloud costs. Gartner predicts that through 2024, 60 per cent of infrastructure and operations leaders will encounter public cloud cost overruns that negatively impact their on-premises budgets.

Increasingly, though, the most significant benefit of edge computing is the ability to process and store data faster, enabling more efficient real-time applications that are critical to companies.

Sending all device-generated data to a centralised data centre or the cloud results in bandwidth, energy, and latency issues, but edge computing enables data stream acceleration, including real-time data processing without latency. This allows smart applications and devices to respond almost instantaneously as the data is being created, which has significant implications for technologies like self-driving cars and expansive benefits for business.

Since edge computing allows for efficient data processing, specifically for large amounts of data to be processed near the source, and data is stored locally, it not only reduces internet bandwidth use and cost but also reduces the risk of exposure to confidential data and brings more significant control over traffic. Thus, companies can reduce the contact surface for attacks and data theft.

According to experts, networks that use edge computing lack a single weak point and are less vulnerable to cyberattacks because edge computing distributes their processing, storage and applications across a wide range of devices and data centres.

For example, in self-driving cars, an edge solution may aggregate local data from traffic signals, GPS devices, other vehicles, proximity sensors, and so on and process this information locally to improve safety or navigation.

Slowly but surely, edge computing is transforming the way data is handled, processed, and delivered from millions of devices worldwide.

According to an IBM survey, almost three-quarters of organisations say they will invest in AI in the next three years to create new business models at the edge, combining intelligent workflows, automation, and edge device interconnectivity. Leading organisations also expect investments in edge computing to produce positive ROI within three years.

The vast majority of executives surveyed by IBM said that edge computing applications would help their organisations improve operational responsiveness, with the number one impact being reduced operating costs.

While some edge computing is being applied today, it is poised for explosive growth. With the continued growth of the IoT, Gartner predicts that 75 per cent of enterprise-generated data will be created and processed outside the traditional data centre or cloud by 2025.

Undoubtedly, along with technological advances like IoT and AI, the edge is becoming a core component of organisational activity. And with the increasing adoption of 5G, soon edge won’t be just an option, but a necessity.