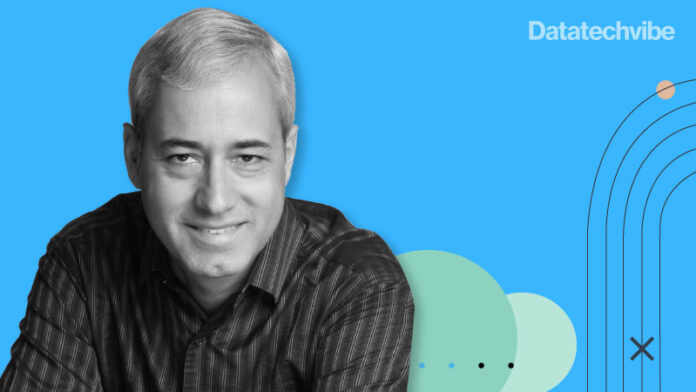 Too much regulation – or too little? Some celebrate the GDPR as a global role model for user rights. However, the regulation also attracts criticism, describing the regulation as too complex and restrictive.

In this interview, with Datatechvibe’s Associate Editor Suparna Dutt D’Cunha, Pedro Domingos, a Professor Emeritus of Computer Science and Engineering at the University of Washington, points out that algorithmic decisions to be explainable are incompatible with some of the best machine learning methods.

Apart from academic and work accomplishments, Domingos is known for The Master Algorithm, a book that he’s written that lifts the veil to give us a peek inside the learning machines that power Google, Amazon, and our smartphones.

Also Read: GDPR: What You Should Know

Excerpts from the interview:

Your primary research interests are in the areas of machine learning (ML) and data mining, making computers do more with less help from humans. Could you elaborate?

Economic progress depends above all on increasing people’s productivity, and automation is one of the major ways to do that. Machine learning is the next level of automation, where computers themselves figure out what to do by looking at the data. Machines automate work; software automates machines, and machine learning automates software: each of these improves productivity by orders of magnitude.

Are we moving on from “Data is the new oil” to “Data is new everything”? Or do you think the power of data is still quite limited?

Maybe a better analogy is “Data is the new electricity”: in the same way that electricity can power just about everything, data can make almost any process more intelligent, if it’s the right data and you know how to use it.

Also, do you think regulations strangle the data economy?

Yes, regulations like Europe’s GDPR are quite harmful, despite their good intentions. For example, requiring that data only be used for the purpose it was originally gathered for precludes many of its best applications, which are often unforeseen. And requiring that algorithmic decisions be explainable is incompatible with some of the best machine learning methods.

We are familiar with ML, deep learning, and NLP. But federated learning is a new concept. So how is it positioned in the AI world?

Federated learning is a solution to the problem of building models based on data from many sources (e.g., individual cell phone users) while always keeping it under the control of those sources.

What were the most exciting developments in AI of the past ten years?

The rise of deep learning, which has led to unprecedented performance on applications like object recognition, speech recognition, machine translation, and search.

AI is already driving cars, finding cures for cancer, and taking over many of our jobs. So, where do you think AI is now?

AI now is very good at well-defined, narrow jobs that there is plenty of data to learn from. Beyond that it’s still far behind humans.

In which areas is AI and machine learning advanced, and where is research needed?

AI is advanced in low-level tasks like perception. Much more research is needed in areas like reasoning, problem solving and acquiring common sense. AI can help across the board. Its essential feature is that it’s a highly general-purpose technology.

What deep learning/computer vision tools and libraries do you usually use?

My students and I tend to roll out our code, because it’s research aimed at doing things that the current tools and libraries aren’t able to.

As machine learning is rapidly progressing, comment on the ‘singularity theory’ and risks of advanced AI?

I don’t see a singularity happening any time soon, if ever, and I think the risks of advanced AI have been vastly oversold. Still very far from Artificial General Intelligence. We need major breakthroughs before we get anywhere close to it.