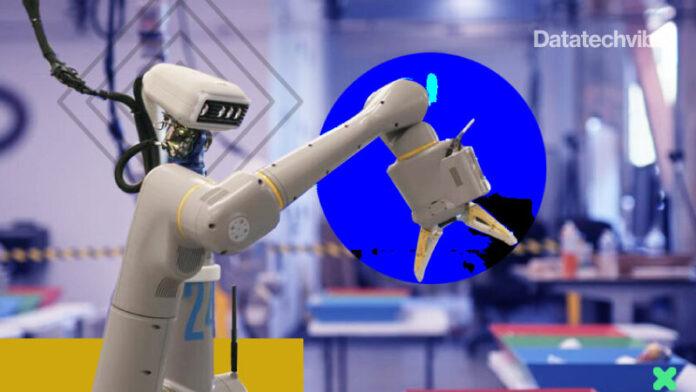 The new system activates natural language understanding for the robots so they can understand casual, goal-oriented language and break it down into the steps necessary to fulfil requests like fetching a drink or cleaning up a mess.

The model is named for originating in the Pathways Language Model (PaLM), a large language model used to teach the AI its duties. Say and Can refer to how people can ask the robot to complete a task, its ability to work out whether it can do so, and the best method. Everyday Robots began working on the helper machine in 2019. The PaLM-SayCan upgrade gifts the robot with natural language understanding broad enough to deconstruct a simple request into steps and devise a way to carry them out successfully. Google’s researchers demonstrated how telling the robot that you spilt a drink and asking for help leads the robot to decide it should get a sponge from the kitchen to help wipe up the spill. The researchers tested 101 similarly casual instructions and the robots utilised the new model to deduce the correct steps to take in 84 per cent of cases, albeit with 74 per cent success.

“Our system can be seen as a dialogue between the user and robot, facilitated by the language model. The user starts by instructing that the language model turns into a sequence of steps for the robot to execute. This sequence is filtered using the robot’s skillset to determine the most feasible plan given its current state and environment,” the researchers explained. “Our experiments on a number of real-world robotic tasks demonstrate the ability to plan and complete long-horizon, abstract, natural language instructions at a high success rate. We believe that PaLM-SayCan’s interpretability allows for safe real-world user interaction with robots.”

Even under controlled test conditions, the limited success of the robots suggests it will be a while before Google starts selling humanoid robots for household tasks. Instead of robot butlers, the current AI and home robotics trend lean toward utility pets. The Amazon Astro gives a puppyish vibe and can, at most, convey items placed on its back around its home. Although Amazon’s $1.7 billion purchase of iRobot might give Astro some vacuum features in the future. Most humanoid robots are used now to give a friendly shell to a device useful for elder healthcare or marketing. A home or factory robot will need to instantly translate human requests to usable robotic tasks more complex than fetching a sponge.