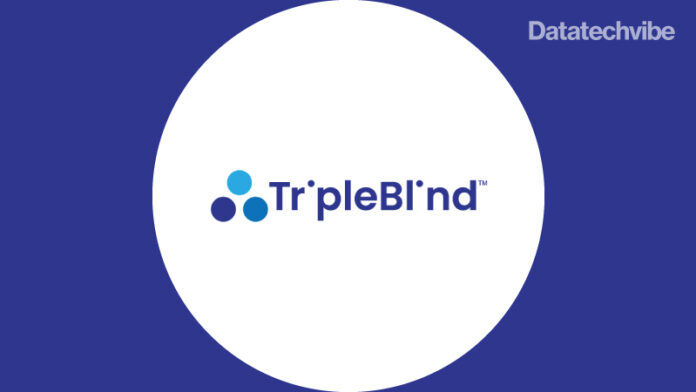 TripleBlind, a Kansas City, Missouri-based startup developing a platform that enables companies to train models on encrypted data, today announced it has raised USD 8.2 million. The company says the funds will be put toward R&D as it looks to expand the international reach of its products.

In industries like financial services and health care, privacy regulations like the U.S. Health Insurance Portability and Accountability Act (HIPAA) prevent companies from sharing data. As a result, 73% of enterprise data goes unanalysed, according to a recent analysis.

Earlier in his career, TripleBlind CEO Riddhiman Das was the product architect at EyeVerify, where he helped commercialize a software-only biometric method for verifying the identity of mobile users. EyeVerify was bought by payments giant Ant Financial, but it ran into privacy issues and wasn’t able to collect eye image data to improve its algorithms. Shortly afterward, cofounder Greg Storm and Das left Ant to devote themselves to creating TripleBlind to focus on market-driven and regulatory concerns with regard to data storage and auditability.

TripleBlind’s product encrypts data during upload and affords users the option of encrypting their algorithms where intellectual property theft might be of genuine concern. The company’s digital rights management and auditability tools for transactions are designed to complement this by letting suppliers control who, when, how often, and for what purpose their models are used.

For example, in health care settings, TripleBlind — which has an ongoing partnership with the Mayo Clinic, Accentures, and about a dozen other partners and customers — enables health care providers to share only encrypted data from partners, providers, and patients. That allows data scientists to perform operations they would not be able to do using raw electronic medical records without running afoul of HIPAA.

“The core thesis at TripleBlind is that privacy-enforced data and algorithm interactions will unlock the tremendous value currently trapped in private data stores and proprietary algorithms,” Das said. “We will move the world from ‘don’t be evil’ to ‘can’t be evil,’ by enabling everyone to freely collaborate around their most sensitive data and algorithms without compromising their privacy. Together we will create a new paradigm of compounded value.”

This latest investment in TripleBlind brings the company’s total raised to nearly USD 10 million, following a round led by Accenture in November 2020.