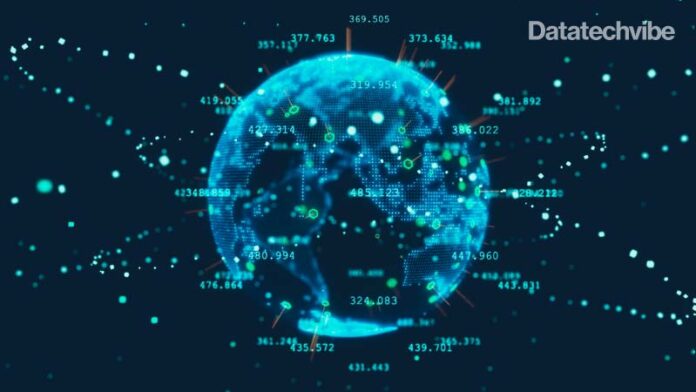 As organisations wrestle with the storage, management and processing of ever-growing data volumes, we look at the top data technologies

There’s a data deluge, with more than 4.40 billion humans using the internet. There are 2.5 quintillion bytes of data (Think, it’s like 2.5 quintillion coins would, if laid out flat, can cover the Earth five times) created each day at our current pace, which is accelerating with the growth of the Internet of Things (IoT), Artificial Intelligence (AI), 5G, and the rise of the edge network. By 2025, according to an IDC study, a staggering 175 zettabytes will be created.

Google, Amazon and Apple, meanwhile, love data. By making the world a more connected place, there is more data to collect. Siri, Alexa, Echo, and Google Assistant monitor to-ings and fro-ings in the home. They learn from how a consumer controls these devices online and through their app.

Online transactional industries, such as finance and e-commerce, have so much data. For them, the challenge is to develop better algorithms for a better user experience.

As businesses leverage their data capital to achieve various goals, from improving customer experiences; expansion to new markets; increasing the productivity of employees, enhancing their digital journeys and creating competitive advantage, there are all those images, videos, emails, documents and social media content which lead to unstructured data.

So, how will it all be managed?

Even with the emergence of data-management functions, most companies remain badly behind the curve. The key is to adopt a flexible storage solution that delivers intelligent, density-optimised infrastructure to tackle the most demanding workloads. Firstly, the solution must be scalable, capable of processing hundreds of terabytes of raw data without disruption or costly downtime. Secondly, it should be efficient enough, and finally, it should offer intelligent insights that can help simplify data management.

As the mind-blowing data is growing at an ever-increasing rate as more of our world becomes digitised, organisations, wrestling with the storage, management and processing of ever-growing data volumes, can look at some leading data technologies.

Considered the “next big thing”, it is transforming the way data is being handled, processed, and delivered from millions of devices around the world. Opposite of cloud computing, edge computing brings computation and data storage closer to the devices where it’s being gathered, rather than relying on a central location, thus reducing the amount of information transmitted over the network. It reduces network traffic and related costs, and decreases demands on data centres or cloud computing facilities, free up capacity for other workloads, and eliminates a potential single point of failure.

Touted to bring in revenue to the tune of $13.70 billion this year, streaming analytics can analyse data as it is being created. It can accept input from multiple disparate sources, process it, and return insights immediately. Several companies offer products that promise streaming analytics capabilities, including IBM, Software AG, SAP, TIBCO, Oracle, DataTorrent, SQLstream, and Cisco.

From Apple’s Siri to self-driving cars, Artificial intelligence (AI) is revolutionising Big Data technologies. With enormous amounts of data to pull from and analytic results from past queries, AI provides accurate predictions based on current events. It wouldn’t be a stretch to say that organisations that do not deploy AI for data will fall behind competitors.

NoSQL databases store unstructured data, and provide fast performance, offering flexibility while handling various data types at large volumes. Some examples of NoSQL databases include MongoDB, Redis, and Cassandra. It provides design integrity, easier horizontal scaling and control over opportunities in a range of devices. It uses data structures that are different from those concerning databases by default, which speeds up NoSQL calculations.

The unique feature of distributed database technology is that it cannot be deleted or changed once data has been written. It is secure, making it a good choice for big data applications in industries like banking, insurance, health care, retail, and others. Big tech companies, including IBM, AWS, Microsoft, have rolled out introductory solutions built on blockchain technology.

It is one of the open-source programming languages used for statistical computing, visualisation, unified development environments such as Eclipse and Visual Studio assistance communication. The system is also widely used by data miners and statisticians for data analysis.

Data lakes are central data repositories to store any and all raw data. It retains all original attributes of the data collected, making it best suited for storing data that doesn’t have an intended use case yet. Meanwhile, a traditional data warehouse stores data that has already been filtered and processed. The data in a data warehouse is stripped of any excess attributes except those needed to run predefined queries. It enables performing numerous types of data analysis from dashboards and data visualisation to Big Data transformation in real-time for better business interference. Most importantly, Lakes can store a large amount of data at a relatively low cost.

Smart businesses will use data in a way that foresees their consumer’s expectations and meets them, using their newly found data to become masters of the data they gather, give off and have access to.