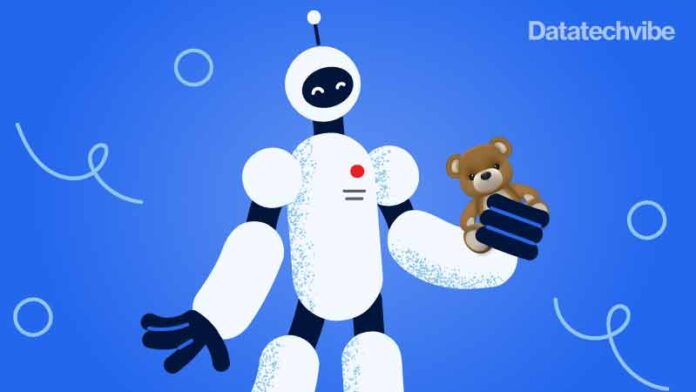 Soft robotics is a relatively novel concept, but the variety of use cases and benefits across various sectors has accelerated its growth dramatically

Can sweat be of any use in the field of robotics? You would think it’s a ridiculous question, but the answer is yes. Last year, researchers developed a hand that sweats to cool itself. And in 2019, roboticists from the University of Tokyo invented a self-healing metal tendon fuse for a prototype robot leg.

Soft robotics create new, flexible, and inflatable robots and robotic parts that are powered by softer materials, including air and water. It’s a relatively novel concept, but despite its early stages, the variety of use cases and benefits across various sectors has accelerated its growth dramatically. In 2020, the soft robotics market was valued at $1.04 billion, and by 2026, it is expected to hit $6 billion.

While the research team from Cornell University and Facebook Reality Labs celebrate the breakthrough with sweat, they still need to work on drawbacks such as slippery grip or running out of water. And the fuse that can repair itself by melting and reforming can only contain 90 per cent of the original strength.

But roboticists believe the number will improve over time. Despite all minor concerns, soft robotics, with its all-too clever possibilities, can be the game-changer for the automation and robotics industry. Consider the 3D printed soft robotic hand integrated with fluidic circuits. It can play Super Mario Bros well enough to win.

Several organisations are investing in soft robotics research and development projects. In 2020, MIT researchers programmed a soft robotic arm to self-learn its configuration in 3D space. With the use of flexible sensors, AI models, and motion and position data from its sensorised skin, the arm can decipher the robot’s body position in a 3D environment.

And apart from the need for automation, one of the factors driving its rapid development is the increasing demand for safety and speed across industries. Let’s look at some of the innovations in various sectors.

Soft, wearable robots that can mimic muscle movements are the recent projects on the table. In 2020, General Motors developed a battery-powered glove, the Iron hand. With sensors and motors on each finger, it could automatically respond to the force that the wearer required while lifting or gripping equipment.

Festo developed a Fin Ray structure that moved like a fish’s tail. Developed with two flexible bands that meet at the top like a triangle, the model is connected by ribs and flex hinges. Another company called Soft Robotics created a gripping model inspired by octopus tentacles. Both these grippers are a good fit in the food and beverage industry.

The Somnox Sleep Robot is one of the few commercially available interactive robot pillows. Created to help people struggling with insomnia, the felt-covered sleep robot that ‘breathes’ in response to its owner’s diaphragm movement gradually reduces the frequency to lull the owner to sleep. It comes with Bluetooth functionality and also emits a sound similar to a heartbeat. It is designed for users to comfortably place it on the chest and wrap their arms around it.

Rigid robotics arms look spectacular and powerful only in movies. Previous attempts at creating muscular support involved bulky motors and fluidic actuators with external pumps. Not very useful, of course. Robotics that can mimic human muscles can be immensely beneficial in post-surgery recovery and to those with motor impairments. With a McKibben actuator powered by an electrically driven fluid system and a stretchable pump, it allows the entire device to shape itself around the tissue for maximum support.

A graduate from Simon Fraser University created 3D robotic fingers that could match the strength of a human grip. Using sensors to detect pressure and strain, the tech could be a powerful advancement in the field of prosthetics.

Another soft robotic technology is a tail designed to provide additional balance for the elderly. The three-foot-long robot uses compressed air and synthetic muscles to move in eight possible directions.

The fashion industry has also begun to surrender to the endless possibilities with soft robotics. Montreal-based fashion designer Ying Gao created robotic clothing that responds to the body based on environmental stimuli. In 2019, her Flowing Water, Standing Time apparel made of diaphanous layers of silicon, glass, polyvinylidene difluoride, and electronics had a chameleon-like appearance capable of adapting to the changing environment.

Adding a more creative spin to soft robotics are the researchers at Yale University’s Faboratory. They developed a soft robotic skin that could wrap around materials to create robotic devices. It could evolve into any form and function depending on the data it gathers in its environment. The skin can be wrapped around everyday objects or even be attached to clothes, making a technology-oriented fashion statement.

Researchers from Tufts University, the University of Vermont, and the Wyss Institute at Harvard used the frog heart stem cells that hold the ability to expand and contract, to help organisms move, and the frog skin cells to provide structure. Dubbed as xenobot, the one millimetre soft robot could be used by the environmentalists to clean the air by letting the xenobots digest toxic materials. It can also be used by healthcare organisations to deliver drugs inside a human system.

The recent trend of soft robotics technology includes the augmentation of human skin as well. Some developers at the École Polytechnique Fédérale de Lausanne Reconfigurable Robotics Lab and the Laboratory for Soft Bioelectronic Interfaces created a synthetic skin with self-sensing properties. Being able to make haptic vibrations, the material is considered to be beneficial for virtual reality, or rehabilitation.

It is not all AI and sensors. Sensors require sophisticated programming, but some companies believe “mechanical intelligence” can also create innovative soft robotic solutions. Qbrobotics developed a lightweight but robust qb SoftHand that consists of a mechanical heart, which makes the robotic hand intelligent.

With the capability to pick up objects without the need of sensors, the robotic hand only requires a simple input – soft or strong grip. The company calls it “mechalogics”, aka, the logic of mechanics. Some benefits of choosing mechanics instead of AI is that they can be lighter in weight, can have a longer lifespan, cost much less, and are compatible with several robotic systems.

Research indicates that  “sheets of metals” as the core technology padded with AI and sensors, has the potential to not only lift enormous weights and assist humans in walking, throwing, or swimming, but also fold into impossibly narrow spaces or expand to fill wider spaces, for say, building inspections.

Talking about actuators, bidding hard actuators goodbye are some “fancy balloons”. While some soft actuators and batteries are already being used to construct soft-bodied robots, researchers at Princeton University developed a bubble casting technique that can be used to create small elastomer cops that can contract like a muscle when inflated. Showing massive and delicate potential across industries, it could probably hold a grape without damaging it.

Although advanced applications of soft robotics are still being tested in labs, it is deemed to cause ripples in multiple industries. For now, we immerse ourselves in the advanced soft robotics that movies illustrate. A future with different kinds of Baymax, the lovable, inflatable robot from Big Hero 6, is pretty much possible, someday soon.

The Rise And Rise of Robots
Fashion Has A Waste Problem. Can AI Solve it?