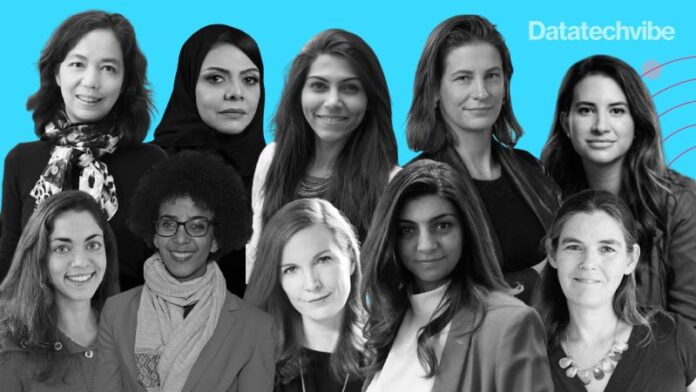 Artificial Intelligence (AI) is embedded in everyday life. A 2020 LinkedIn report found that AI Specialist is the top emerging job in the US, with hiring growth for the role increasing 74 per cent annually over the past four years.

But to build an effective AI system, an organisation’s AI team needs to be diverse to help build and implement trustworthy AI. A Deloitte’s survey with women and men working in AI and machine learning reinforced that having more women in the space improves the design and functionality of AI systems. Over 70 per cent of respondents said that adding women to AI will bring unique perspectives to high tech needed in the industry.

Given that half the world’s population is female, having more gender diversity in AI is common sense. Yet women only make up 26 per cent of data and AI positions in the global workforce, according to a World Economic Forum report, while the Stanford Institute for Human-Centered AI’s 2021 AI Index Report found that women make up just 16 per cent of tenure-track faculty focused on AI globally.

While there are still fewer women than men in AI, we’ve some top women leaders who are putting AI to work across industries and around the globe, and seeking to address the bias and gender disparity that exists. 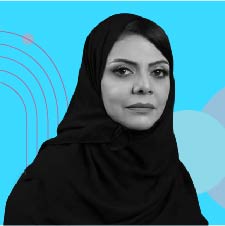 Fatmah Baothman is the first woman in the Middle East to earn a PhD in A, which she received in 2003 from the School of Computing and Engineering at the University of Huddersfield, UK. Her research was on phonology-based automatic speech recognition for Arabic.

She is the author of several books and scholarly articles on AI, translator of a book on modern AI to Arabic; and founder of Saudi Artificial Intelligence Council. For more than 25 years, she has taught at King Abdulaziz University, where she helped launch the computer science department for women.

She is the first Middle Eastern woman to have won two international awards in AI from the US and the UK. She has been a guest speaker and moderator at many regional and global technology forums. Her life’s mission is to educate women in AI and advocate for their presence among decision makers and software engineers in government and businesses in Saudi Arabia and beyond. 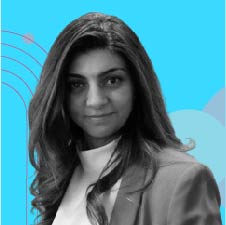 CEO and Co-Founder of Affectiva

Rana el Kaliouby is the founder and CEO of Affectiva, a pioneer in the field of Emotion AI  aiming to integrate emotional intelligence into the digital experiences of users everywhere.

She leads the emotions analytics team that have worked to develop emotion-sensing algorithms and have mined a massive database on emotions, and have put together 12 billion data points from videos of 2.9 million volunteers spread across 75 countries. The platform is used by many leading companies around the world to get metrics on consumer engagement. As a leader in the domain, Affectiva now works with 25 per cent of the Fortune 500 companies.

She earned her PhD from Cambridge University, after which she joined as a research scientist at MIT media labs. She was instrumental in applying emotion recognition technology in several different fields, including mental health.

She frequently speaks on the topic of ethics in AI and overcoming biases. Her mission is to integrate artificial emotional intelligence to “humanise technology” and develop deep learning platforms for emotions such as facial expressions and tone of voice to understand how users feel. 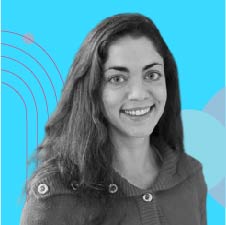 Currently works with OpenAI and Neuralink. Partner and founding member at Bloomberg Beta

Shivon Zilis is the youngest board member at OpenAI, the research lab behind breakthroughs like GPT-3. At Neuralink, Elon Musk’s effort to meld the human brain with digital machines, Zilis works on high-priority strategic initiatives.

Previously, she was a partner and founding member of Bloomberg Beta and continues to support the Bloomberg Beta portfolio, including many AI companies.

She graduated from Yale and is a Fellow at the Creative Destruction Lab (a machine learning incubator at the University of Toronto), on the board of Vector Institute for Artificial Intelligence and Alberta Machine Intelligence Institute, and a charter member of C100. 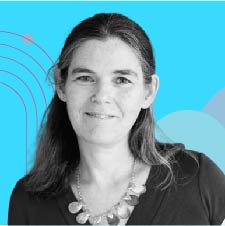 Co-founder of Coursera, Founder and CEO of insitro

Daphne Koller is a computer scientist and a professor in the Department of Computer Science at Stanford University.

Earlier, she worked at Alphabet’s longevity lab, Calico, as its first chief computing officer. She is the co-founder of Coursera, the world’s largest MOOC platform. Her primary research area is AI and its application in biomedical sciences. Her work focuses on decision-making, inference learning, and representation in applications pertaining to computer vision and computational biology.

Koller launched Coursera together with Andrew Ng in 2012, in which she served as co-CEO along with Ng. She then took up a role as president of Coursera. In 2018 she started Insitro, a drug development startup that has since raised $100 million in Series A funding and partnered with Gilead Sciences. 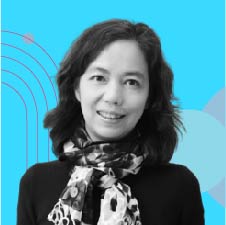 Fei-Fei Li’s commitment to using AI for good can be gauged through the line of her long resume: In 2007, as a Princeton professor, Li spearheaded the ImageNet project, a database of millions of labelled images that has changed the entire trajectory of AI. She served as Chief Scientist of AI/ML at Google Cloud in 2017 and later became Vice President.

She co-founded the prominent non-profit AI4ALL, and launched Stanford’s Human-Centred AI Institute (HAI). She additionally serves as a co-director and co-principal investigator at the Stanford Vision and Learning Lab, where she works with students and colleagues worldwide to build intelligent algorithms that let computers and robots “see and think” like humans do.

Last year, Twitter appointed Li to its board as an independent director. The social media platform said that Li’s expertise in AI will bring relevant perspectives to the board.

She is an advocate for a more inclusive, equitable and human approach to AI. 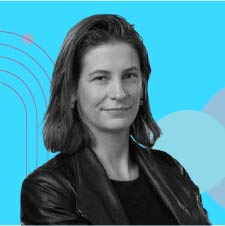 From Google to Uber to Nvidia, Claire Delaunay has held leadership roles at many iconic tech organisations.

In her current role at Nvidia, Delaunay is focused on building tools and platforms to enable the deployment of autonomous machines at scale — she is responsible for the Isaac robotics initiative and leads a team to bring Isaac to market for roboticists and developers around the world.

Before joining Nvidia, Delaunay was the director of engineering at Uber, after it acquired Otto, the autonomous trucking startup she co-founded with Anthony Levandowski.

She was also the robotics program lead at Google and founded two companies, Botiful and Robotics Valley.  She has 15 years of experience in robotics and autonomous vehicles leading teams ranging from startups and research labs to Fortune 500 companies. 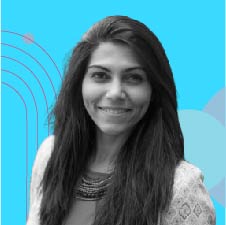 As a product manager at IBM Watson, Heena Purohit is leading the development of AI and IoT based offerings for industrial and manufacturing customers. Before IBM, she was a technology consultant at Accenture, where she helped Fortune 500 companies to transform their business processes.

Over the years, Purohit has successfully launched products that bring the latest AI capabilities, such as computer vision and NLP, to asset-intensive industries. She is also involved in overseeing the implementation of these technologies to facilitate AI adoption and reducing the entry barrier for customers through the right mix of capabilities in the product portfolio and roadmap.

She is the founder of AI for Her – a community of women and gender minorities, working towards improving the diversity gap in AI and machine learning. She is also a speaker at various international conferences on adoption of AI technologies. 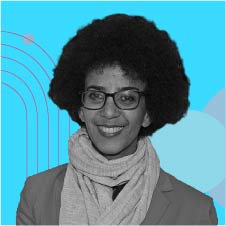 A prominent artificial-intelligence computer scientist, Timnit Gebru is widely respected for her AI ethics research. She co-authored a groundbreaking paper that showed facial recognition to be less accurate at identifying women and people of colour, which means its use can end up discriminating against them.

She was the co-leader of Google’s Ethical Artificial Intelligence Team, where she spearheaded research that helped elevate the company’s status as a leader in assessing the technology’s fairness and risks. Gebru’s research on combining deep learning with Google Street View to identify the US neighbourhood demographics was featured in outlets such as BBC, The Economist and The New York Times.

She also worked at Apple, designing circuits and signal processing algorithms for the company’s products. A prominent voice in fighting algorithmic bias in AI, she is an active supporter of diversity through her organisation, Black in AI.

She completed her post-doctorate at Microsoft Research’s FATE (Fairness, Accountability, Transparency and Ethics) in AI group and earned her PhD from the Stanford Artificial Intelligence Laboratory, with a focus on computer vision under Fei-Fei Li’s supervision. 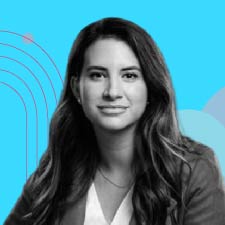 Allie K. Miller has worked in three of the most critical areas of AI — conversational, computer vision, and data. Miller works with some of the world’s most innovative AI startups in her role at Amazon Web Services.

She’s an AI influencer and authored guidebooks on building successful AI projects and spoken at several AI events worldwide. She has also addressed the European Commission and helped draft national-level AI strategies. She was named one of LinkedIn’s Top Voices for 2020 in AI & Data Science. 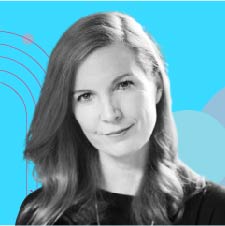 Kate Crawford is a leading scholar of the social implications of AI and co-founded the Fairness, Accountability, Transparency, and Ethics (FATE) group at Microsoft. She is also a distinguished Research Professor at NYU, a Visiting Professor at MIT’s Centre for Civic Media, and an Honorary Professor at the University of New South Wales.

She is known for her research on the social impacts of large-scale data systems, machine learning, and AI. She has authored several articles for leading publications, including The New York Times, The Atlantic, The Wall Street Journal, and Harper’s Magazine. Her academic research has been published in journals such as Nature and New Media & Society, Science.

A well-known AI influencer, Crawford speaks at many high-profile AI events. She has also advised policymakers in the White House. In 2017, she co-founded the AI Now Institute at NYU, dedicated to understanding AI’s social implications.

Her project Anatomy of an AI System with Vladan Joler won the Beazley Design of the Year Award in 2019 and is in the permanent collection of the Museum of Modern Art in New York and the V&A Museum in London. Her collaboration with the artist Trevor Paglen, Excavating.ai, won the Ayrton Prize from the British Society for the History of Science.

Who’s Buying Who: Big Deals In AI
Why the Cybersecurity Tech Industry Needs to Address the Gender Gap