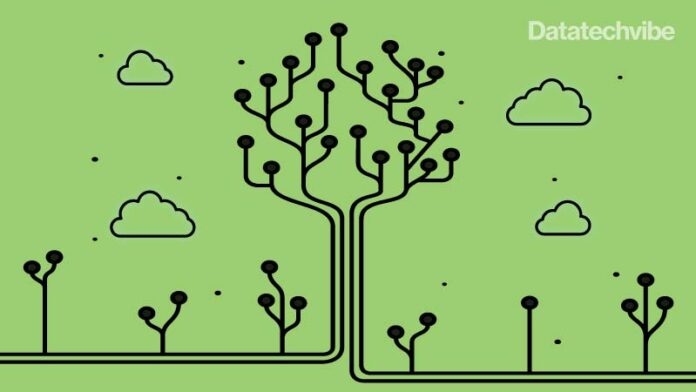 This World Environment Day, we look at how big tech companies are rethinking their carbon footprints switching to the circular economy and cloud-first approach

Business, as usual, doesn’t exist anymore. There’s a new environmental agenda out there — sustainability, circular economy and using technology to reverse the detrimental effects of climate change and protect the environment.

The big tech companies like Amazon, Apple, Microsoft, Google and SAP seem to be able to lead the way in fighting climate change. But are they doing so?

In April, business software group SAP announced its intention to achieve carbon neutrality by the end of 2023. Microsoft also claims to be committed to reducing energy use, transitioning to a more carbon-neutral grid. Microsoft said it would not only go carbon negative, reducing more greenhouse gases than it adds to the environment — but also remove all the emissions the company has ever produced. Microsoft is contributing $1 billion to the Climate Innovation Fund.

When a company pledges to go “carbon neutral”, it will still produce carbon emissions, but it will offset that by doing things that absorb emissions from the atmosphere — like planting forests. Some portions of Amazon’s and Apple’s climate action plans involve reforestation.

While Amazon is investing $100 million in reforestation, aiming to be carbon net-zero by 2040, Apple is riding the trend on nature-based solutions to climate change, launching a $200 million Restore Fund in collaboration with Conservation International.

The fund aims to remove at least 1 million metric tons of carbon dioxide annually from the atmosphere, equivalent to the amount of fuel used by over 200,000 passenger vehicles while demonstrating a viable financial model that can help scale up investment in forest restoration.

Last year, the tech giant promised to reduce the emissions of planet-warming greenhouse gases, announcing in a statement that by 2030, “every Apple device sold will have net-zero climate impact.”

One of the tech companies’ biggest environmental footprints comes from the enormous data centres that store and process the data that powers their operations. Data centres also use lots of water to cool their hard-working server computers.

There’s progress among the tech giants to address these issues, and most companies have some sort of commitment to powering more of their energy needs with renewables, which is expanding fast and getting cheaper.

Ironically, Amazon, Google and Microsoft got attention for selling technology to help the oil and gas industry extract fossil fuels, which are a major source of greenhouse gas emissions. Google promised to stop, though. It has pledged to stop building customised artificial intelligence (AI) tools that help oil and gas firms to extract fossil fuels worldwide.

Can tech companies compel manufacturers of their devices to reduce factory emissions and switch to cleaner energy? And can they reuse and recycle the materials inside of devices?

In general, recycled materials are better for the environment.

Switching to a circular economy, which replaces the linear “take-make-waste” linear model with a more holistic view of production and consumption, requires alignment in the entire supply chain, which can only be achieved using technology innovation.

SAP is one of the companies spearheading the move towards a circular economy. This huge circular transformation has the potential to unlock $4.5 trillion in economic growth while playing a crucial role in mitigating the biggest threat we face today, climate change.

Meanwhile, there’s the question of how much companies like Facebook are helping spread disinformation on climate science. After coming under fire for not doing enough to stop climate myths from spreading on its site, Facebook now adds info labels to climate change posts and directs users to a fact-checked website.

In 2020, the World Economic Forum’s annual global risk report ranked climate and environmental hazards as the top five concerns facing the world in the next decade for the first time.

Sustainability as the future of business

According to the UNGC-Accenture Strategy CEO Study, more than 99 per cent of CEOs from large companies now agree that “sustainability issues are important to the future success of their businesses.”

Sustainability is a central dimension of corporate decision making, just like cost or growth. One of the technologies that enables the move to a circular economy and sustainability across industries is the cloud.

Things to consider when selecting a public cloud provider, according to the report:

Google currently utilises a carbon-intelligent computing platform that shifts the timing of non-urgent data centre workloads to when low-carbon energy sources are most plentiful. The company has also been matching 100 per cent of its annual energy usage with renewables since 2017. The company has a commitment to operate its data centres carbon-free 24/7 by 2030 rather than rely on annual direct energy matches. In 2020, Google became the first company to achieve a zero lifetime net carbon footprint, meaning the company has eliminated its entire legacy operational carbon emissions.

Microsoft has committed to shifting its data centres to a 100 per cent supply of renewable energy by 2025 through power purchase agreements (PPAs). The company launched its ambition to be carbon negative by 2030 and by 2050 to remove all carbon emitted by the company since 1975. Microsoft Azure’s customers can access a carbon calculator that tracks emissions associated with their workload on the cloud.

The four main drivers contribute to the smaller energy and carbon footprint — IT operational efficiency, IT equipment efficiency, and data centre infrastructure efficiency, which reduce the energy required to deliver the services, and purchase of renewable electricity, which will power 100 per cent of electricity consumed in Microsoft data centres, buildings, and campuses by 2025.

Meanwhile, SAP has been using 100 per cent renewable energy to power all of its data centres since 2014. If emissions cannot be avoided, SAP leverages innovations, such as efficient cooling systems in data centres and alternative mobility solutions.

The window of time to avert the worst impacts of climate change is rapidly closing, according to numerous scientific reports. And while critics blame big business for decades of inaction, many major companies are picking their own paths on climate change. Also, both Britain and the European Union now require their countries to achieve net-zero emissions by 2050. That’s bound to affect tech and every other industry.