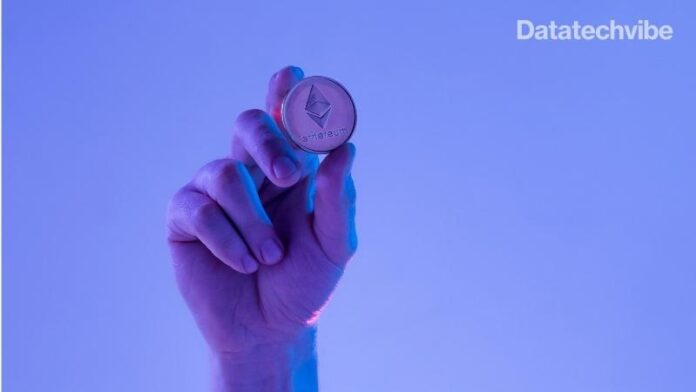 A cryptocurrency or crypto is a digital currency. They are a medium of exchange but use 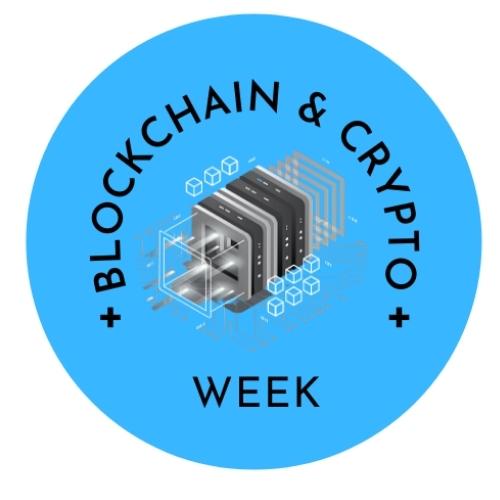 encryption techniques — cryptography — to create digital files that can be used as money. The files are created using blockchain technology, a technology invented to create Bitcoin, one of the most popular cryptocurrencies

Banks have a central database or ledger where all transactions are recorded. Controlled by a central authority, banks can permit and facilitate transactions and give or receive money on your behalf.

The USP of blockchain is its decentralised nature. A blockchain is essentially a decentralised ledger of all transactions across a peer-to-peer network. It allows participants to transact online without a mandated clearance from a central authority.

What Is The Hype About?

Crypto traders cannot stop talking about the security of their currencies. Blockchain, after all, is a very secure technology. Virtually unhackable, blockchain technology doesn’t store data in a single server. Instead, the data is stored across a vast network of computers, which are constantly checking and verifying if the records are accurate. Since Bitcoin came into existence in 2009, the entire network hasn’t yet been hacked. There have been instances of exchanges or wallets being hacked, but not the entire network. Can we say the same about central banks?

How Many Cryptocurrencies Exist?

This is where things get interesting. Cryptos were invented to make transactions faster and easier across geographic boundaries, without regulatory control or investigations about the origin or nature of the transaction. Think of it as a barter system. The means of exchange varied across continents, yet trade continued freely. With Bitcoin being so popular, many other coins emerged to serve as alternatives to traditional currency. If you know your way around blockchain, you can create your own cryptocurrency.

Without the control and regulation of a central authority, over 6,700 cryptos exist. And they are all traded publicly. Market researchers CoinMarketCap.com says that the ten best cryptos according to a market capitalisation that are traded are:

How Blockchain Works in Cryptocurrency

The functioning of blockchain in technology can be explained

The sizes of blocks vary across currencies. Bitcoin blocks are only 1 MB in size as compared to others who have increased the block size from 8 to32 MB of data. A single block of data in Bitcoin can accommodate anything from 1,000 to 1,500 transactions. The larger blocks of other cryptos hold anything from 25,000 to 30,000 transactions.

Bitcoin: Launched in 2009 by Satoshi Nakamoto. It is one of the first decentralised cryptocurrencies, and since its launch, Bitcoin has experienced no downtime, allowing its users to transfer Bitcoin seamlessly.

Bitcoin Cash: Bitcoin Cash was created from Bitcoin in August 2017. It accommodates more transactions with its increased size of blocks between 8MB and 32MB.

Ethereum: Ethereum is a blockchain that is focused on decentralised applications (dApps) than on its digital currency (Ether). It aims to provide more control to the app creators than Apple or Google. Only the creators have the right to make changes to the app. Ether is used as a token by app developers and users. It can also be mined, just like Bitcoin. Like Bitcoin, the ethereum network consists of nodes that replace the traditional server-client model.

Litecoin: Created in 2011 by a former Google employee, Charlie Lee. It functions quite similar to Bitcoin, intending to improve transaction times (every 2 min 30 sec), lower fees, and use more concentrated miners.

Stellar: This was launched by Ripple’s co-founder, Jed McCaleb, in 2014. It is operated by a non-profit organisation called Stellar.org. Stellar focuses on money transfers, and the network makes it faster, even across borders. It can be beneficial for economies that do not have access to traditional banking and financial systems. Stellar does not charge users for using the network. It instead covers its costs by accepting tax-deductible public donations.

How Are Cryptocurrencies Created

Cryptocurrency traders raise actual money from the market or investors through initial coin offerings or ICOs. It’s created through a process called mining. All cryptocurrency traders start with mining them first, which is a passive form of earning. It’s mostly done automatically with the help of tools and requires a lesser investment of time.

Before understanding mining, we need to know two important rules for creating cryptocurrency. The entire system works on two validation theories. ‘Proof of Work’ and ‘Proof of Stake’. These validation techniques used to verify transactions before they’re added to a blockchain that rewards verifiers with more cryptocurrency.

Proof of Work: A participant or miner solves a mathematical puzzle that helps verify blocks and adds them to the blockchain. The first computer to do so successfully is rewarded with a small amount of cryptocurrency for its efforts. Bitcoin miners receive Bitcoin as a reward for completing blocks of verified transactions, which are added to the blockchain.

Proof of Stake: The number of transactions each miner can verify is limited by the amount of cryptocurrency they’re willing to stake or temporarily lock in a community safe to get a chance to participate in the process. This is akin to buying lottery tickets. To participate you need to pay. But there’s no surety of you winning.

This virtual race or ‘gamified’ process of generating cryptos can require a huge amount of computing power and electricity. This means that miners barely ‘break even’ with the crypto received for mining or validating blockchain transactions. The electricity and computing costs are too high.

A Forbes Advisor report says an estimated  0.21 per cent of all of the world’s electricity goes to powering Bitcoin farms. That’s roughly the same amount of power Switzerland uses in a year. It’s estimated most Bitcoin miners end up using 60 per cent to 80 per cent of what they earn from mining to cover electricity costs.

How Can Cryptocurrency be Used

Cryptos can be used to make payments, make purchases. It’s not illegal, nor is it completely legal. The value of cryptocurrency is volatile, it may be sky-high today, but there is no guarantee that it will remain so. This is known as the greater fool theory of investment. Cryptos don’t generate cash flow. For one person to profit, the other person has to pay more than you. On the other hand, regular businesses increase value by growing the profitability and cash flow of the operation over a period of time.

Cryptocurrencies are generally perceived as unstable or risky because of their volatile nature. Bitcoin, for example, traded at close to $20,000 in December 2017, its value then dropped to as low as about $3,200 a year later. By December 2020, it was trading at record levels again. Price volatility creates confusion among crypto traders. Say cryptos are worth more in future than what they are today, it will be hoarded. That will be the first reaction of crypto miners and traders. But if the cryptos aren’t traded, how will they be at par with currencies?

Cryptocurrencies can be bought and exchanged at crypto exchanges like coinbase.com. Bitfinex, Binance, Bitstamp, Bitthumb, Huobi Global and Kraken are popular exchanges for cryptocurrency.

These exchanges allow you to trade by charging a fee for the transaction you make, apart from the prevailing exchange rate at which you exchange real money for cryptos.

Despite a large number of naysayers, few big enterprises are slowly warming up to the idea of cryptos. In March, PayPal allowed users to make payments using cryptocurrencies including Bitcoin, Ethereum, Litecoin, and Bitcoin Cash without additional transaction fees. Even Facebook’s digital currency is due this year. Previously, the Financial Times reported that the Libra Association would launch a single coin backed one-for-one by the dollar, with other currencies being rolled out later. Facebook’s grand plans of disrupting the crypto market got caught on a sticky wicket after regulatory bodies in the US and Europe raised concerns about personal data and the potential financial power it would give Facebook and its partners.

Let’s take a look at how cryptocurrencies fare in different countries.

United States: Largely has a favourable stance towards cryptos, especially Bitcoin. In February, Mastercard said that it would allow cardholders to transact in certain cryptocurrencies. Bank of New York Mellon also announced its intention of recognising cryptos. Elon Musk-owned Tesla too jumped on the blockchain train and invested $1.5 billion in Bitcoin. Besides this Microsoft Store, Subway receive payments in Bitcoin.

United Kingdom: The government has a favourable stance towards Bitcoin. The digital cryptocurrency falls under tax regulations.

UAE: A report on Gulf News says a Bitcoin-focussed fund will list on Nasdaq Dubai, making it the first digital asset fund to do so in the Middle East. The ‘Bitcoin Fund’ comes from 3iQ Digital Asset Management, which received the final clearances from DFSA (Dubai Financial Services Authority) and regulator of Nasdaq Dubai. The Fintech Times quoted the Middle East Institute saying with regards to blockchain, cryptos may see growth in UAE, Saudi Arabia and Bahrain.

Germany: Bitcoin is considered legal, although the tax rules vary for exchanges, enterprises, miners and users.

Australia: Cryptocurrencies and exchanges are legal in Australia. In 2017, the government had specifically stated that Bitcoin should be treated as property, and was subject to capital gains tax.

Russia: Payments with cryptocurrencies for goods and services is illegal.

China: The banking system of China has a strict policy against cryptocurrencies. Bitcoin is not recognised as legal tender, and therefore, all financial institutions such as payment processors are not allowed to deal in it.

Japan: Japan has had relatively lenient cryptocurrency policies and considers Bitcoin as a form of currency. However, cryptos have recently faced increased scrutiny over exchanges’ cybersecurity, AML, and anti-fraud policies after a series of hacks.

Singapore: This city-state has a favourable outlook towards cryptos and has indicated it may issue its cryptocurrency in the future.

Cryptocurrency enthusiasts and traders have to brace themselves for increased regulatory inspections into ICO exchanges, trading platforms, etc. and continuously upgrade their tech.