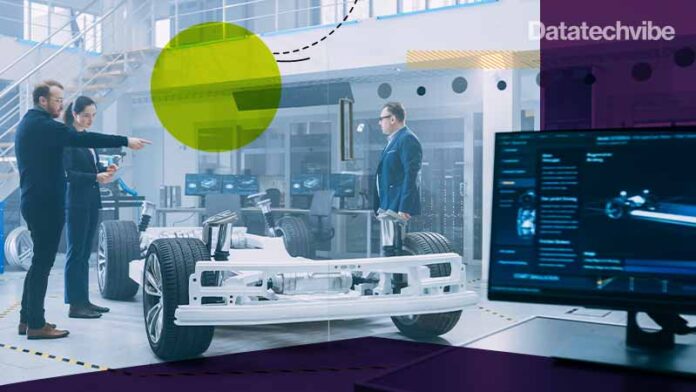 In the fast lane of change, you will see tech giants integrate the car into an holistic ecosystem and open data and open-source collaboration models gain momentum

Gartner identified the top five technology trends for 2022 that CIOs need to consider to better prepare for the software, hardware and digital transformations occurring in the automotive sector.

“For the last 100 years, automakers have focused on the mechanical side of car development and have mostly left software to other parties,” said Pedro Pacheco, senior research director at Gartner. “As digital technology becomes the differentiator in the car, software will become the main profitability growth driver for automakers. Ultimately, the goal for original equipment manufacturers (OEMs) will be to turn into tech or software companies.”

The top five automotive technology trends for 2022 are:

Automakers are reevaluating their long-held inventory strategy following the just-in-time (JIT) principle, which led OEMs and Tier 1 suppliers to have no buffer inventory to fall back on during the various chip shortages. As a result, automakers are reviewing how they deal with chip manufacturers and considering designing their own chips.

Gartner predicts that by 2025, 50 per cent of the top 10 automotive OEMs will design their own chips and establish direct, strategic, long-term working relations with chip companies, while giving up JIT inventory management practice.

Digital giants integrate the car into an holistic ecosystem

2022 will see digital giants, such as Amazon Web Services (AWS), Google, Alibaba or Tencent, continuously expand their footprint in vehicle technology. “These tech companies are bringing the car closer to their respective ecosystems, which, in turn, opens new vehicle-connected services,” said Pacheco.

Gartner predicts that by 2028, 70 per cent of vehicles sold will utilise android automotive operating system, up from less than 1 per cent today.

“As developing technology and software on their own is difficult, car companies can either partner with digital giants to succeed in turning software into a main moneymaker or build vast in-house resources to achieve it mostly on their own,” said Pacheco.

In addition, automotive companies will increasingly look at data in a similar way to that of the tech world. “Their aim is not to sell data, but to build or integrate ecosystems that will allow them to access a broader diversity of data, with the purpose of developing more compelling features or digital services,” said Pacheco.

As most automakers have updated the hardware on the vehicles to enable software updates, they will now begin to shift to a revenue model that is based on services rather than the sale of the asset.

Gartner analysts predict that by 2023, half of the top 10 automakers will offer unlocks and capability upgrades through software updates that can be purchased after the sale of the vehicle.

Automakers have begun to announce Level 3 autonomous driving cars and are working on the deployment of Level 4 self-driving trucks and commercial robotaxis. However, proving the safety and effectiveness of autonomous technology is taking a long time and extensive simulation and real-world testing are making commercialisation slow and expensive. In addition, issues such as liability in the event of an accident, associated legal and societal considerations, such as how human driven vehicles will interact with an AI-driven vehicle, are adding to the challenge.

“The very high R&D costs involved for robotaxis or Level 4 trucks hinder speed of adoption in terms of coverage, but also in delivering ROI. This is ironic given that one of the main advantages associated with autonomous drive is reducing operational costs of transportation,” said Jonathan Davenport, research director at Gartner.

Gartner analysts predict that by 2030, there will be four times as many Level 4 autonomous robo taxis operating globally than there are taxis in 2022.

What’s Driving The Automotive Industry?
When Hackers Drive Your Car