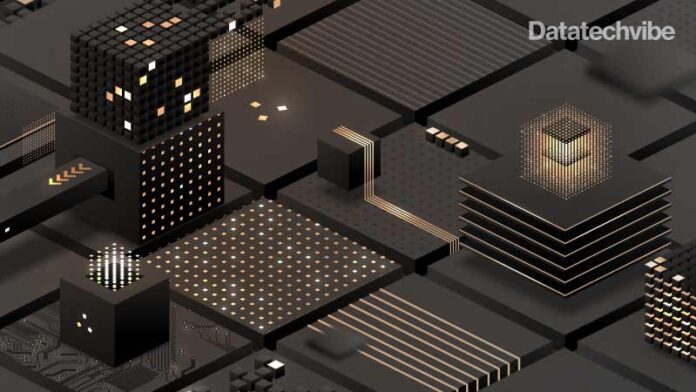 In 2019, Google announced quantum supremacy, saying its 54-qubit Sycamore processor could perform a calculation in 200 seconds that would have taken the world’s most powerful supercomputer 10,000 years. Meaning the calculation, which involves generating random numbers, is essentially impossible on a traditional, non-quantum computer. At that time, scientists quoted by The New York Times likened Google’s breakthrough to the Wright brothers’ first plane flight in 1903.

Quantum technology is opening up new frontiers, it can solve many problems much faster than conventional ones. Drug development, materials design, weather forecasts, stock trades – all could potentially be helped by the technology that performs scores of calculations at once.

Amazon, Google, Microsoft and IBM are all investing in this game-changing technology. It’s also one of the hot innovation areas for the budding startup community across markets.

Having built and launched the UK’s first superconducting quantum computer in 2018, the announcement marked the first time OQC’s proprietary technology is available to the enterprise via its private cloud, which also supports the startup’s goal of pioneering the QCaaS market.

For decades, quantum computing has had the power to be revolutionary but in the real world its potential has been relatively untested. By making QCaaS platform more widely available, now the world’s leading enterprises have the chance to demonstrate just how far-reaching quantum will be within their industries.

Also Read: Emerging AI and ML Trends You Must Know in 2021

In 2019, Amazon launched Amazon Braket, turning the nascent field of quantum computing into a service you can access over the internet. “Amazon Braket is a fully managed AWS service, with security & encryption baked in at each level,” the company explains in a blog post.

Amazon Braket allows researchers to experiment on quantum computers from the three leading quantum hardware providers, namely D-Wave Systems, IonQ and Rigetti Computing. Through this, the company aims to build a strong foundation that is “firmly rooted in reality” and be an enabler of the quantum-powered future.

It helps researchers and developers to accelerate research and discovery and provides a development environment to explore and build quantum algorithms, test them on quantum circuit simulators, and run them on different quantum hardware technologies.

“This new service is designed to let you get some hands-on experience with qubits and quantum circuits. You can build and test your circuits in a simulated environment and then run them on an actual quantum computer,” writes Amazon.

This February, Azure Quantum, the full-stack public cloud ecosystem for quantum solutions, was open for business. Apart from developers, researchers, systems integrators, and customers who can use it to learn and build solutions based on the latest innovations, using familiar tools in the most trusted public cloud, it helps accelerate R&D with access to diverse quantum software and hardware solutions, a network of leading quantum researchers and developers, a robust resource library, and flexible self-service or tailored development programs for customers and systems integrators.

The automotive industry has long been working on developing some applications of quantum computing. One of its most noted uses is around how quantum computing can help avoid traffic jams and ensure better traffic flow in some of the busiest cities in the world. In 2019, in Lisbon, Volkswagen, for instance, developed a program on the D-Wave quantum computer for urban motion flows, and calculates the fastest route. Volkswagen’s program even predicts future traffic volumes, demand for transport and the duration of each journey.

Another promising application of quantum computing is drug research and approval.  Releasing a new drug is a time consuming and expensive process which quantum computing can speed up by replacing laboratory experiments with quantum simulations.  By enabling research into the effects of diseases on the human body and simulations on the molecular level, quantum computers can accelerate drug testing.

While we currently use some of the world’s most powerful supercomputers to model high-resolution weather forecasts, accurate numerical weather prediction seems to remain just out of our reach, Quantum computing has the potential to improve weather forecasting by producing a more advanced and accurate warning of extreme weather events, potentially saving lives and reducing property damage.

The ability to search through enormous datasets efficiently is a high priority for companies. Quantum algorithms have the potential to speed up data searches. Its speed advantage over classical algorithms is demonstrated when query complexity is high.

Researchers at the University of Maryland have executed Lov Grover’s 1996 quantum algorithm on a scalable quantum computer showing that the algorithm can give a substantial speedup over classical algorithms.

Although quantum computing already has the answers for some of the real-world problems that exist today and will emerge in future, the biggest challenge for the mass-scale adoption of quantum computing is the fact that they are quite difficult to build and program and are, at this stage, exceedingly expensive.

Quantum algorithms are also daunting and access to quantum hardware is limited, so Amazon and Microsoft are each attempting to turn them into a shared, managed, and potentially scalable resource, like Amazon already does with its highly valuable AWS cloud computing platform.

Cloud service providers, including Microsoft, Amazon and IBM, give their customers the opportunity to write quantum algorithms and run them on real quantum computers. Cloud, in fact, takes quantum computing one step closer to reality because it addresses the critical challenges around accessibility — much like how cloud revolutionised the way computing is currently consumed.

In the future, when quantum computing moves to mainstream adoption, organisations will instead go for a cloud-based on-demand model rather than owning their own quantum computers.

There are other QC developers who are offering their computers directly in the cloud, for example, Xanadu, Alibaba, and Honeywell, to name a few.

Quantum computers (QCs) are large, expensive and delicate pieces of equipment which need to be maintained in certain conditions to operate effectively. Contrary to classical computers, many experts see QCs as unlikely to resemble the small devices we use today.
This, combined with a market highly familiar with cloud delivery, has meant that QC is expected to be delivered primarily in the cloud as part of a managed service. Customers are expected to access QCs via their classical computers within a browser interface, similar to a current experience on classical cloud computing providers today.

Although the technology is still in its nascent phase, its potential to assist us in performing the calculations will help solve some of the world’s most complex problems.