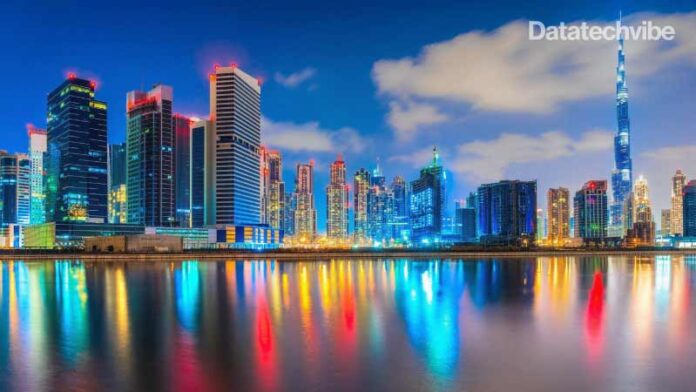 From its strategic location at global crossroads and strong financial reserves and sovereign wealth funds to invest in major development and infrastructure projects, the UAE has been able to create a modern, dynamic and diverse economy in only 50 years.

However, the desire to keep pushing forward, to keep extending the nation’s horizons, has ensured the UAE remains a global beacon for talent, innovation and endeavour, and a model environment for investment and entrepreneurship.

The priority for the next 50 years is to continue accelerating economic development and unlocking opportunity, especially by encouraging small and medium-sized enterprises and instilling a culture of entrepreneurship throughout the country.

Also Read: What are the Five Key Growth Opportunities in the Middle East ICT Market?

Global magnet for capital and talent

One of the key pillars of the UAE’s ambitions is to attract FDI in key sectors, particularly those associated with the knowledge economy and advanced technologies. Artificial intelligence, the Internet of Things, Blockchain, innovative medical technologies, high-speed transportation, augmented virtual reality, robotics, self-driving cars and renewable energy are all fields in which the UAE wants to excel in the immediate term.

Despite the UN’s figures that global foreign direct investment flows decreased by 42 per cent in 2020 over COVID-19, the UAE has seen 44 per cent growth in inward FDI flows in 2020 to reach $19.87 billion. The UAE ranked first in the Arab world and 15th globally in terms of its ability to attract foreign direct investment, according to the Global Foreign Direct Investment Report results for the year 2021 issued by the United Nations Conference on Trade and Development. It attracted an FDI of $19.9 billion in 2020, a growth of 11.24 per cent over 2019, despite the pandemic.

The forecast is healthy, with the flexibility and attractiveness of the UAE’s business environment and the constant update of provisions and procedures to meet global standards, keeping the capital inflows coming.

Despite the global pandemic, another sign of the favourable investment climate is the UAE’s GDP, totalling $421 billion in 2020. Per capita GDP rose to $43,100, exceeding countries such as the UK, Spain, New Zealand and France.

The UAE’s ability to recover from the pandemic owes much to the prompt, nationwide action taken in March 2020 and the efficacy of sanitation, lockdown and social distancing measures deployed in the weeks and months that followed. In economic terms, the Central Bank’s comprehensive support was equally crucial, contributing some $27.23 billion and a range of support packages to the economy. As a result, the UAE ranked first in the Arab world and second globally in the Resilience to Epidemics 2021 index, issued by the Consumer Choice Center to rate nations’ response to the onset of Covid-19.

The government is working with all stakeholders to double the national economy over the next ten years to reach $0.82 trillion by 2031.

An ideal industrial base

The UAE has undergone a continuous transformation to create the ideal platform for economic success in a rapidly evolving world. In recent years, this has included investment in its digital infrastructure, which ranks first in the Arab world, and legislative changes to create the most competitive regulatory and procedural umbrella.

The UAE has also become a global and regional headquarters for more than a quarter of the world’s 500 largest companies. It remains a primary investment destination for foreign capital, where the country’s major projects in tourism, industry, transport and renewable energy are principal targets. Today, the UAE is one of the most advanced countries in creating a regulatory environment that protects the investor. It supports commercial activity, providing a flexible and competitive legislative and procedural umbrella that helps stimulate foreign investment and ensures business stability.

Free zones contribute significantly to this environment, and the UAE is home to more than 28 business and logistical zones with global competitive capabilities.

The UAE is, in many ways, a nation built on trade, and its logistics infrastructure directly connects it to more than 250 cities around the world. Its shipping lanes offer routes to more than 400 cities, and its land, sea and air transport systems are the most efficient and the most geographically broad in the region.

In conjunction, the UAE’s industrial sector enjoys a unique support system, helped by economic stability, its strategic location and solid and continuous government investment. The country is also rich in traditional and renewable energy sources, such as minerals, gas and raw materials essential for the nation’s industries.

The UAE is also deeply invested in the energy sources of the future, with renewable energy a top priority. There are many pioneering efforts to adopt the latest innovations that confront climate change and mitigate global warming. The Emirates Energy Strategy 2050 targets a mix of renewable and clean energy sources to balance economic needs and environmental goals.

As the UAE opens the chapter on the next 50 years, “Projects of the 50” sets in motion key initiatives that will determine the nation’s economic success, with a particular focus on developing a knowledge economy, fostering innovation, establishing stronger bilateral relations with international partners and continuously upgrading the legal frameworks to attract investment, ideas, entrepreneurs and highly skilled professionals from around the world.

All these factors are highlighted by Projects of the 50, a comprehensive economic and developmental program to showcase the capabilities and international standards available in the UAE to investors, entrepreneurs and talents of different nationalities and in various economic sectors.

Taken together, the UAE remains a base from which people everywhere can achieve their ambitions.